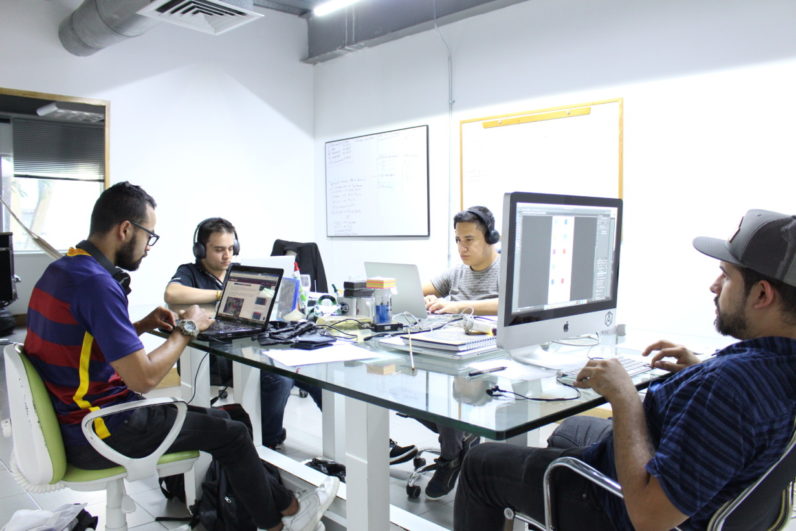 As the CEO of a company with teams in Medellin and New York, working remotely in cafes and hotels and juggling Skype and Gmail is an art form I’ve have come to master over time.

My partner Eddie Arrieta and I recruited a team that is multinational and as a result, travel and remote work has been imbedded into our company culture. However, as our team expands and company grows, we’ve learned to set more realistic limits on working away from the office. Here are some things we’ve learned over time:

A-player or not, accept that travel does affect productivity

Regardless of how seasoned a traveller you are, days spent in airports and in different time zones can be draining.

For this reason, it’s important your team plan ahead of time to travel effectively and that they are realistic about the amount of time spent in ‘dead zones’ that different modes of transport will entail. Flights are generally least expensive on Tuesdays and Wednesdays, however this also means time lost during the middle of the work week. I generally try to plan long flights over the weekend.

If you’re traveling for shorter distances, I find buses or trains to be best for getting work done, as there’s more space and often is wifi. Most international airports have reliable wifi, however not in all cases — I’m looking at you JFK airport.

Then there are the distractions. If you have a team member visiting Paris for a 48 hour trip, the reality is he or she won’t want to spend time stuck in a cafe working. If you don’t want work to be affected, I recommend at least a week minimum in each location. If a team member mentions he or she wanting to spend a handful of days in each city, prepare for a drop in productivity.

Wifi, and not every location being suitable for remote working

As much as digital nomads have made it look easy to work from the comfort of a tropical beach, the reality is that some destinations are more suitable for working than others. Waves lapping on the beach may make for a scenic setting, but internet which cuts off every two minutes are recipes for extremely unprofessional calls.

Time zones do matter more than one would think. In my experience, a 1 to 4 hour time zone change doesn’t make much of an impact at all, however greater than 5 hours really has an impact. This is also true for jet lag.

While for those who live in big cities high speed broadband is the norm, this can’t be taken for granted in other parts of the world. Founder Nick Reese’s FindBroadBand has a good resource to see if a location has high speed internet available.

At the same time, it is important not to make assumptions based on our preconceived notions of how developed a location is. A founder recently told me that he found much better wifi in Colombia than he did in a cafe in Canada.

Day to day logistics do become more complicated when team members are away from the office for more than a couple of weeks. While new fintech players are making moves in the right direction, it remains expensive to withdraw cash abroad using debit cards and also to transfer funds to the other side of the world.

Bank of America charges $45 to send money internationally, and traditional payment services like Western Union are expensive as well. While this may be a short term inconvenience for one employee, costs can really add up if you have a whole development team dotted in different locations. Embark founder David Hansford told me that he moved to using Bitcoin to pay his developers via a Coinbase wallet, due to expensive bank fees and the fact that in his home country of Canada he at times needed to be there physically to sign for a large wire transfer.

One of the changes in recent years is that businesses are increasingly open to their counter parties working from around the world. In fact out of working with hundreds of companies, I can’t recall an instance where my location has been an issue. Tools such as Skype allow you to easily purchase a US phone number and to redirect it to the local number of your choosing. 9 out of 10 times I’ve found a person won’t ask where you are located. Please note though, if you ask a person where they are calling from at the start of your call, expect that they in turn will ask you this question as well.

I’ve seen more businesses take client calls via Whatsapp, and even Facebook messenger in some instances. Whatsapp is more universally used in the US and Latin America, however WeChat takes its place in Asia. Sensoro’s Vincent Kok, which has offices in Seattle and Beijing, said WeChat’s video messaging capability in particular helped his team to strengthen its bonds. The only requirement I’ve found for calls is a strong internet connection. For whatever reason, I have found international calls via mobile sim cards to be the most reliable.

One of the challenges I’ve found traveling internationally is not having internet access upon arrival to an airport. Fortunately most airports outside of the United States allow you to purchase SIM cards on-site. There are also some startups that can help with this, for example ChatSim provides Whatsapp and other app connections, which can help if you need to communicate with family to be picked up at an airport.

Everyone works differently, but communication is key

A recent survey at the Global Leadership Summit revealed that 34% of business leaders estimate upwards of 50% of their workforce would be working remotely by 2020. The reality is that remote work has evolved from being a perk to becoming more standard today. Advocates sing the benefits of boosting productivity by working in a more relaxed, less distracting environment. And as a night owl myself I can attest to the fact that different people are most productive at different times of the day.

However, while flexible timetables and work locations might make life easier, on the flip side experience shows me that unity and communication can also break down.

At our company we have tried to find a happy medium, asking that while members are in the city that they work from the office for 3 days a week. Traveling team members can also work away from the office for up to four weeks at a time. By doing this, we look to have flexibility, however we also recognize the importance of being with one another in a singular location.

Startups evolve so quickly that at times, being away can leave people in the dark about new hires, processes and clients. For whatever reason, I’ve found 4 weeks of being away from one another seems to be an important marker. Anything less than this time period seems to be fine, however it becomes exponentially more difficult after.

The challenges of working outside the office is the same reason that Yahoo CEO Marissa Mayer banned employees from working from home in 2013. Although the move was attacked in the press, over the last couple of years, we have witnessed similar policies being rolled out by Reddit and IBM.

When managing small teams, everyone needs to be aligned and heading in the same direction. Communication is the secret weapon of startups that provides a competitive advantage over larger enterprises. Some tools my team has found to be useful for weekly communication are Slack, Workep, Basecamp and 15Five.

We live in an exciting time that allows for teams to travel and work with one another in ways that were never possible before. The future lies in finding the right mix of remote and office based work for your specific company. Said Daniel Hedlund, Co-Founder and COO at ZEQR,“Working remotely, coupled with a clear line of communication, is proving to create noticeably more productive, happy and loyal employees.  We have witnessed that for many, this new ideal working environment also clears the path for creativity.”

There is no better way to disengage workers than by tying them to their desks, and with today’s communication and organizational tools there is no reason to do so. However, what’s most important is finding the right balance that offers your team flexibility and the chance to explore the world, while ensuring that you remain on the same page to move your company forward.

This article was Co-Written by ESPACIO Principal Craig Corbett

Read next: Atari's new console looks sweet, but it might break your heart