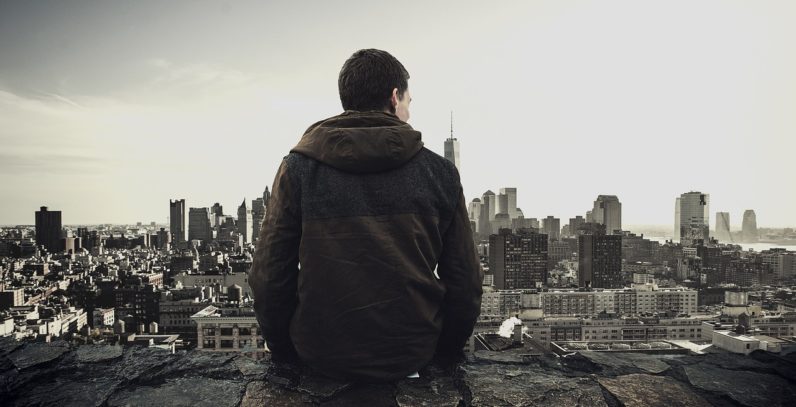 I finally did it.

I had no idea how long I’d be living there for, no clue how I’d survive, and who I’d meet along the journey.

I didn’t know how to speak Spanish, and I didn’t know a single soul living in South America — period. It was terrifying.

If you’re reading this, you’ve probably thought about a career change that may involve living in a different city or even a different country around the world. Don’t worry you’re not alone in this. According to Wall Street Journal, the average American in the 21st century will have changed their jobs 14 times in their lifetime!

While my move to South America was not directly career-related, the struggles of building my network professionally and personally was the same. During my time in Latin America, I managed to move every three months to a new country, and learned the ins and outs of what it takes to build a professional network in a new city — despite speaking a different language!

Today, we’re going to share how you can build your network after moving to a new city. The strategies we’ll share will also benefit you if you’re looking to expand your network in your current city as well. Hope this helps you.

*Note: The advice I’m sharing is assuming you have little to no connections in the city you’re moving to, no personal brand or audience you can leverage, and no previous experience living in the city.

Start with who you already know

The power of our own network is quite amazing. Just about anyone we aspire to get in touch with is likely two to three connections away. The natural instinct we have is to focus on solely expanding our network, before seeking to nurture the one we already have. A warm introduction is one of the fastest ways to build trust and respect with a stranger.

For example, before I visited New York, I made sure to use both of these tools (I usually start with Facebook search) to see who I could connect with and who in my network already knew them.

Takeaway: Always start with your own network first, and continue to provide nurture the network you already have. Having 10 people who truly care about you is infinitely more powerful than having 100 people that just know about you.

Do what you already love

Moving to a new city can feel exhilarating. You have the opportunity to start fresh with a blank slate, and dive into a new culture that you’ve never experienced before.

While you should remain open-minded to trying new activities and hobbies, most of us already have a good idea of what we like and do not like. If you’ve never enjoyed playing hockey growing up, it doesn’t make sense to join a hockey league just because you moved to a city that loves hockey.

It takes time and patience to meet new people and build a network after moving to a city. You’ll have to be genuinely interested in the community you’re joining, because you’ll have to invest a good portion of your time into it.

Takeaway: There will be periods of time when you don’t meet anyone that interests you, especially in the initial stages. Doing what you already love will help you naturally attract people you want to hang out with.

Quality always beats quantity when it comes to being a world-class network. As I mentioned above, it’s easy to collect 100 business cards from a networking meeting. But it’s rare that they’ll be going out of their way to help you. Nor are they entitled to, since you barely know them!

Instead of focusing on the mass, focus on a few quality people that you want to connect with. Since you won’t be diverting your time and attention keeping in touch with every person you meet, you can use that time to do more for the people you actually want to build a relationship with.

You can use what Derek Sivers refers to as the “Hell yeah!” or “no” method to decide who you want in your network.

Takeaway: Always prioritize quality over quantity. It takes more time, effort, and patience, but just like anything in life, focus will provide more in return over time.

3 simple rules to help you build a world-class network

Complexity is the enemy of execution. To help you take a step forward today, I’ve gather three simple rules you should follow to build a world-class network in your new city.

In the bestselling book, Never Eat Alone, Keith Ferrazzi shares a powerful networking strategy called the Networking Action Plan (NAP). It’s the same strategy that helped him meet some of the most influential people in the world, including Bill Clinton, the Dalai Lama, Vernon Jordan, and more.

Step 1: Write down three of your most important goals and final destination of where you want to be.

Step 2: Beside (or under) each of your three goals, write down three people that will either kickstart or accelerate your goal. These could be people you already have built a relationship with, or people that you want to get in touch with.

For example, if you’re looking to start a business, it could be a colleague that you’ve always wanted to have as a business partner, or an investor that can fund your business.

If you’re looking for a new career opportunity, it could be a potential mentor that can help provide insights in the industry.

2. Always do more than what’s expected

In a busy world of “go, go, go”, people rarely go above and beyond what’s expected of them for their network. This is your advantage. By putting in an extra few minutes to follow-up, send a thank-you note, or offer creative ideas to someone, you’ll immediately stand out above the pack.

Popular blogger and podcast host, James Altucher, shares how you can be an idea machine, and why it’s one of the best ways to add value to potential mentors. In summary, he recommends writing 10 new ideas in a notepad every morning. It could be a business idea, a new project you want to take on, funny jokes — anything.

In fact, the higher the person’s status, the more time and value you’ll need to provide in order to stand out from the hundreds of other people trying to get in touch with him or her.

Do more than what’s expected of you, and repeat the process. You’ll be rewarded for your efforts soon enough.

One way to do more than what’s expected of you is to become a superconnector.

Introducing two people that can benefit from connecting with each other is one of the best ways to build your own network. Not only will they credit you for putting them in touch, but they’ll feel inclined to connect you with someone that you’ll benefit from meeting as well.

Connecting people who can benefit each other is the most useful skill you can have on the entrepreneurial ladder of skills. — James Altucher

Anyone can start becoming a superconnector today. It just takes practice and consistency.

Anytime you’re meeting someone, you should always think of people in your network that you could introduce this person to. As simple as this may sound, this is something you rarely see people do, and you’ll immediately stand out.

Here’s a few tips to keep in mind if you want to become a superconnector:

Moving to a new city is tough. It’s lonely, intimidating, and blurry. But with the right strategy, you’ll have no problem meeting quality people to help your career and build an amazing social life.

Is there someone you know that could benefit from reading this? Share it with them and leave a comment with your thoughts.