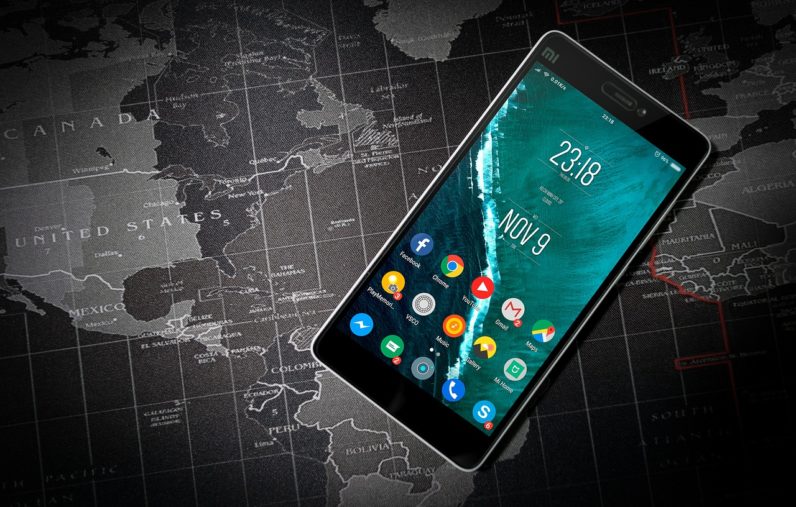 We’ll soon see more Android OEMs follow suit, and on Android devices, the replacement won’t be a Lightning connector, but a USB-C port. While the short-term pain of this switch might be frustrating to consumers. In the long-term, the transition to USB-C is an opportunity to unmute billions of people around the world by radically improving interactive audio on Android.

What do virtual instrument apps, VR apps, karaoke apps, voice assistants and VOIP apps all have in common?

Their fundamental value is based on the consumer’s ability to interact with audio dynamically. You do something based on what you hear. Crooning “Despacito” into a karaoke app, you need to be able to hear your voice instantaneously so that you can sing in pitch and in time with the music.

But on Android, a persistent, systemic lag breaks the flow of that audio interactivity.

On your Skype call, you think your friend is done speaking so you begin, but he has already begun again and go ahead. No, please go ahead. Okay, so I think…yes, the solution is…sorry. Go ahead. No, you go first.

That lag affects interactive audio apps like virtual instruments too — if the audio lag is high, Android users from Mexico to India to Brazil to China, cannot actually play drums or piano or any other instrument on their $50 tablet. Moreover, innovative apps like CrowdMics, where mobile phones serve as microphones, will never be fully functional on Android.  Lastly, voice assistants sewn into Android fabric, like Bixby in Samsung devices or Alexa on an Android phone also suffer from longer than necessary response times.

Now the aforementioned issues are incredibly annoying — but let’s make it clear what is really at stake here: that lag prevents billions, that’s right, billions with a “B”, of Android users, like the next global DJ star from the streets of Mumbai, from shaping global culture.

If the switch to USB-C succeeds in making Android audio more interactive, we’ll hear the beautiful sound of billions around the world not just consume, but actually create global culture using $50 — not $500 — mobile devices.

What’s the current state of USB audio on Android?

Before that happens, let’s address USB-C. It is a great standard connector and USB audio is a well-established technology.

Historically, Apple’s Mac OSX has been the standard for pro audio, so Apple’s version of the USB Audio Class implementation has become the industry standard. Which is why USB audio hardware manufacturers produce chips and firmware to be fully compatible with Apple.

Apple has ported its USB Audio implementation to iOS as well, therefore iOS has good support for USB Audio. But Android’s native USB Audio support is poor, virtually non-existent. Meaning that USB audio is available on only a handful of Android devices. To get around this, OEMs connect to USB audio via Linux USB audio (as Android has Linux under the hood). But Linux USB functionality is not even close to Apple’s.

On top of this, our old nemesis, high audio latency on Android, remains.

Are we switching from the frying pan into the fire?

Does that pair of USB headphones work for Lenovo and Samsung too? Or just Xiaomi devices? How about on Sony’s Xperia line?

Bluetooth? No, Virginia, Bluetooth is not going to save us either.

The currently available Bluetooth enabled audio devices virtually guarantee high audio lag and mediocre audio quality, thanks to the commonly implemented Bluetooth standard versions (below 4.0). If you use a Bluetooth headset for Skype, then you’ve added around 0.2 seconds latency to the audio chain.

Theoretically, it’s possible to significantly improve Bluetooth audio latency with recent Bluetooth standards. But accessory manufacturers are still using older versions of Bluetooth because operating systems haven’t updated to the latest in Bluetooth technology, because… there is no accessory hardware that demands low-latency Bluetooth on the market.

The challenge is the opportunity

Yet, in light of all these challenges, what excites us is that the headphone-jack to USB-C transition is exactly what the Android community needs to spur development and fix Android audio fundamentals. As OEMs transition, let’s not only make sure USB audio is implemented widely and properly, but let’s go a small technical step further ensure that we fix Android’s 10 ms Problem too.

While iOS and iDevices are found on stage at music festivals and in recording studios in Hollywood, thanks to the thriving pro audio ecosystem replete with software and hardware add-ons such as audio effects to mics to guitar pedals to MIDI controllers and sound cards; high audio lag on Android prevents the very existence of an equivalent ecosystem on Android. It just doesn’t exist.

This suggests that the Music category on Android generates at least 4 times less revenue than it could. Ouch.

Android can unmute the globe

While I’m certain he didn’t produce his infectious hit on an Android device — the next 15 year old global hitmaker should. After all, the headphone jack represents a one-way consumption-only based flow of information, music and culture. USB audio, on the other hand, is a two-way interaction, both consumption and creation.

Ditching the headphone jack and switching to USB-C audio for Android manufacturers has tremendous potential upside. With proper USB-C audio implementation, users could have less frustrating conversations on VOIP, VR can have immersive, tightly connected audio experiences, and a pro audio ecosystem can finally gel on Android.

And paramountly, we’ll unmute the rest of the world and listen to the sound of the next billions joining us in shaping global culture.

Read next: Samsung is baking Bixby into a speaker to take on Amazon and Google