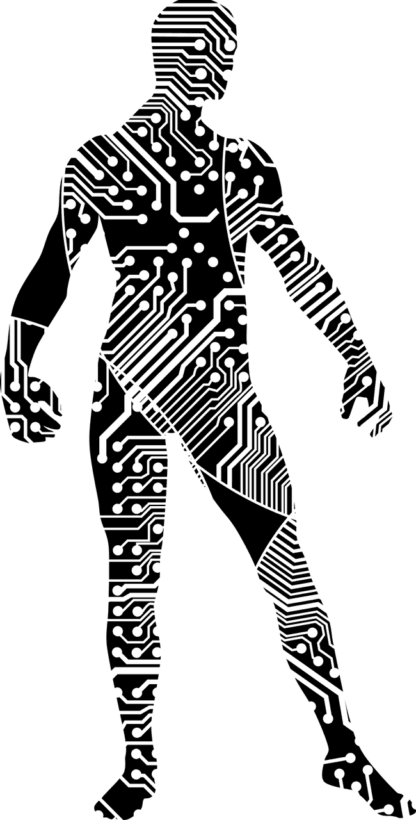 For how much Hollywood loves remakes, I’m curious to see what a futuristic Mad Men is going to look like. Don’t get me wrong; I’m not expecting to see robotic Don Draper, who writes poignant lines of copy aggregated from data points all over the world (that’d be cheesy and boring). Rather, I’d be more excited to see how technology is going to change the world of advertising for good.

A lot of people might think that under the reigns of Artificial Intelligence every job will suddenly be replaced by a robot. However, the core component of advertising is storytelling, which is something that requires a human touch. Even more, AI isn’t going to replace storytellers, but rather empower them. Yes, the world of artificial intelligence is about to make advertising more human. Here’s why:

From Madison Avenue to Silicon Valley

It’s no secret that the advertising world goes giddy over any innovation in the tech realm. After all, a big portion of how firms gain an edge in their industry is by being up on the latest and greatest, as well as demonstrating a capacity to look at how new practices can be applied to client campaigns. And when it comes to AI, a lot of major agencies have already situated themselves ahead of the curve.

The interesting thing to note here isn’t necessarily that these agencies are using AI in general, but rather, how they’re using it. For example, the link above notes how a few firms have teamed up with AI firms to work on targeting and audience discovery. While these practices have been implemented long before, Artificial Intelligence has been accelerating the process. However, even with major players teaming up with the likes of IBM Watson, smaller agencies and startups have been on this trend as well.

An excellent example of this is the company Frank, an AI based advertising firm for startups. Frank’s goal is to use AI in the same manner of targeting mentioned above, only offering it to those businesses that could really use the savings. The platform allows you to set the goals of your campaign, as well as hones in on targeting and bidding efficiently. This saves time and money often devoted to outsourcing digital advertising efforts, as well as gives an accurate depiction of how ads are performing in real time. Expect players like Frank to make a significant change in how small businesses and startups approach how to use AI in their marketing.

One of the biggest news stories to hit about AI and advertising was Goldman Sach’s $30 million investment into Persado. If you haven’t heard about it yet, Persado essentially aggregates and compiles ‘cognitive content,’ which is copy backed by data. It breaks down everything, from sentence structure, word choice, emotion, time of day, and even can bring in a more accurate call-to-action. And for those that hire digital marketers and advertisers, this sounds like a dream come true in saving time and money. However, when it comes to writing, AI can only go so far.

While some content creators and digital copywriters might be a little nervous that AI will eventually take their jobs, that’s simply not the case. Writing involves a certain sense of emotional intelligence and response that no computer can feel. Moreover, the type of content that AI can create is limited to short-term messages. I’m not sure about you, but I’ll safely bet that no major marketing director is willing to put their Super Bowl ad in the hands of a computer. Overall, while Wall Street recognizes Artificial Intelligence’s potential impact in the creative world, it’s safe to say when it comes to telling a story, that human touch will never go away.

Perhaps one of the most underrated things about AI is its potential to eliminate practices altogether. While we mentioned above that, yes, certain jobs in the creative field will never go away, there’s a possibility that certain processes in the marketing channel might change drastically.

For example, companies like Leadcrunch are using AI to build up B2B sales leads. While before B2B sales could rely on either targeted ads or sales teams to bring clients in, software like Leadcrunch’s is eliminating those processes altogether. Granted, this isn’t exactly a bad thing as a lot of B2B communications relies heavily on educating consumers, something a banner ad can’t do as accurately as a person. Overall, companies like this are going to drastically change how our pipelines work, potentially changing how the relationship between advertising and AI work hand-in-hand for a long time.

Read next: How Automation is Making The Sales Process Easier