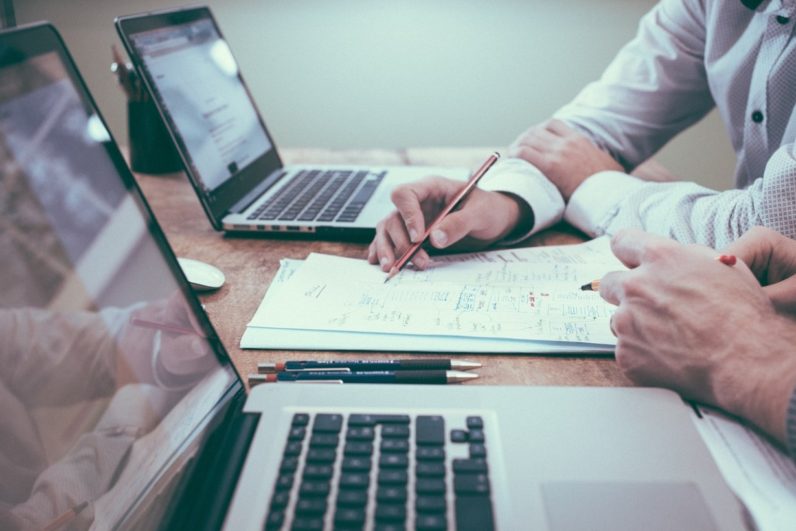 It’s no secret that mobile apps are taking over the planet. According to a recent report from comScore, time spent on mobile apps accounts for seven out of every eight minutes of media consumption on mobile devices.

But we’re not just using mobile apps to read articles on BuzzFeed. We’re also using mobile apps at work. Today’s top developers are no exception. In fact, they’re mobile app power users. They know what they like, are dedicated to finding the right solutions for their teams, and are comfortable critiquing mobile apps of all shapes and sizes.

It’s easy to shrug off security breaches and assume they’ll never happen to you, but many developers have seen the effects of breaches and are committed to keeping things locked down. But how can you keep all of your accounts safe and secure.

“Rather than sharing credentials over email or SMS, distributed teams can access their password anywhere from their phone, tablet or computer while providing tools to management for administrator who can have access.”

APIs have become a cornerstone offering of many tech companies, but it’s been difficult to collaborate on building them. Jonathan Uy, CTO at Shine, relies on Postman to help with collaborate API development.

“The GUI itself is pleasant to work with — making it easy to create HTTP requests, review responses and save and organize collections of your endpoints,” said Uy.

Postman really shines for working with teams. Sharing entire collections of endpoints is done with the click of a button. “You can quickly onboard new developers onto your API workflow and set them up with requests so they can start testing right away,” Uy added.

Through a shared collection on Postman, teams can clearly communicate the status and availability of an API feature set and easily push out updates when changes are made.

In the past couple of years, Slack has become the darling of online chat. But developers are using it for much more than instant messaging. Many are leveraging Slack’s integrations to keep tabs on what’s happening in development.

Chris Guzman, a Developer Advocate at Nexmo, an API platform for Vonage, finds that the Slack mobile app offers a comprehensive way to stay in the loop. “Like most teams, we use Slack for real-time communication, which enables all sorts of productivity,” said Guzman.

But Guzman values the integrations even more, using the Github and Twitter integrations, among others. “The Github integration keeps me up to date on issues or pull requests that our users submit without clogging up my inbox.”

Assembla is one of the most popular version control hosting providers for Subversion and Perforce and they have agile development tools built into their platform. Many software development teams use Assembla to manage both their code and their tasks making it easier to collaborate. Their latest iOS app brings the ability to quickly create and update tickets for tasks within a project directly from your iPhone or iPad.

There are a number of apps in the marketplace that offer prototyping. Caleb Freeman, Director of Customer Experience at Peppercomm, swears by InVision and UXPin.

Freeman wears a lot of hats in his role — he leads his team in creating end-to-end customer experiences, but also finds himself working as a UX architect, UI designer, and full stack developer. He needs prototyping apps that allow him to seamlessly communicate with key stakeholders as well as his team.

“I find the collaborative nature of InVision to be extremely powerful,” said Freeman. “Although this product is not designed for developers per se, it allows them to gain clarity and a better understanding on ideas and expectations, based on static images and transition effects.”

Freeman also recommended UXPin as a great product for low-medium fidelity prototyping, which works well for proof of concept and usability testing. “I typically start in Sketch, transition to InVision or UXPin, then progress into code dev for iteration,” he said.

In the past it’s been tough to collaborate on mobile devices, but with an influx of robust apps, that’s changing. Today’s best developers are using mobile apps to store passwords, chat with their team members, and take their businesses to the next level. The bottom line? Experiment. You may have more options to emulate an in-person communication style than you realized.

Read next: The Importance Of Stand-Up Desks In Start-Ups