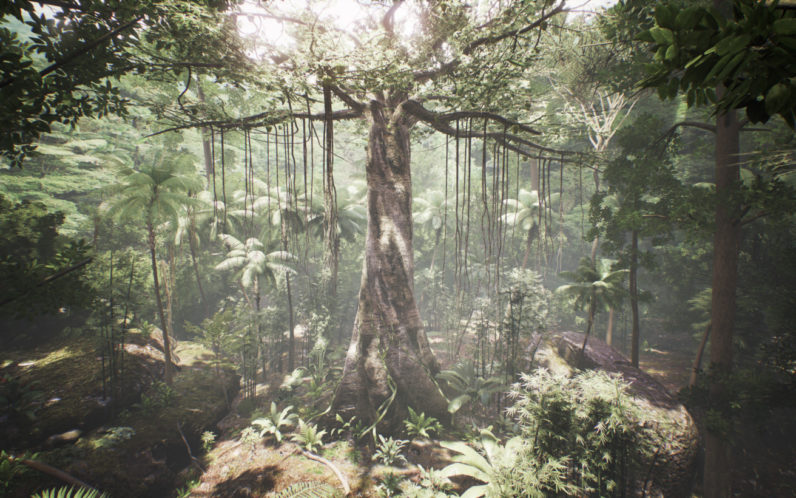 The question of how Virtual Reality will transform creative industries such as Film is a big one, but Cannes certainly seemed like an appropriate place to tackle it.

So in between attending red carpet screenings, gawking at mega yachts and indulging in some celebrity spotting (Nicole Kidman, Colin Farrell and Mads Mikkelsen all in one day!) I attended a series of talks and panels hosted by HP, most of which revolved around the interplay between technology and creativity, with VR being a hot topic.

“Believe me, when we are looking at VR today we are looking at the punch cards of our generation. We are operating in DOS 3.0,” said Shane Wall, HP’s Chief Technology Officer and head of HP Labs, which also happens to be the world’s longest standing corporate research labs.

Yes, he concedes, there are limitations with both AR and VR technologies – Virtual Reality can feel isolating as it shuts out the outside world and there are issues with display and field of view with Augmented Reality, but those are the limitations of today, and we will move beyond that, perhaps much more quickly than we might think.

“These are the pieces that will create the clay with which we’ll build the experiences of tomorrow, experiences we can’t yet imagine today.”

HP has been the technology partner for the Cannes Film Festival for the past 14 years, but you can trace back the company’s filmic pedigree as far back as 1937, when Bill Hewlett and Dave Packard worked with the Walt Disney company to provide them with audio oscillators that were later used in the first screenings of Fantasia, showcasing some seriously ground-breaking sound design technology for the time.

And that model of co-creating products with large-scale creative partners is one they carry on to this day according to Kate Swanborg from DreamWorks, which has been an end-to-end HP studio for more than 15 years. In an industry where even the most minute variations in colour standards are deemed unacceptable (you better believe there’s such a think as “Shrek green”) the studio found it increasingly difficult to get displays that were affordable at scale, yet maintained that all-important colour accuracy. HP worked with DreamWorks to co-develop the product they needed, and the resulting DreamColor display went on to become such an industry benchmark that it was awarded a Scientific and Engineering Oscar in 2015.

“It gives our artists a spectrum that matches their creative palette,” Swanborg continues, explaining the fundamental role that technology plays in the studio’s creative workflow.

“We’re a bunch of artists, but the reality for filmmakers, specially those who work in animation, is that behind the scenes and under the hood, what we make is data,” she says, revealing that DreamWorks generates around half a billion digital files every month.

“People often express surprise at the fact we don’t use ‘creative computers’ at which point I always respectfully point out that computers aren’t creative, people are, and what our people need is the very best technology to enable their creativity,” she concludes.

And that relationship between technology and creativity is something that will become more ingrained as a new generation of digital natives joins the workforce. Companies like Microsoft – with whom HP also partners – have also put the focus firmly on creativity-enabling with its Fall Creators Update recently announced at the Microsoft Build conference in Seattle.

SVP Immersive Media at Technicolor Marcie Jastrow, says VR is a perfect example of technology and art coming together. In her talk she highlighted six key factors she believed would converge to make VR into the mass-market entertainment experiences of the future. These included not only creating high-quality native content, but ensuring that this content had a strong storytelling backbone, was disruptive, had “episodic cadence,” (what is known in tech talk as “stickiness”) and provides a user experience that is both intuitive and comfortable.

She further stressed that developing the immersive media such as VR to its full potential would require a lot of collaboration and was not something that any one company could achieve on its own.

And the fruit that such collaborations bear was on display there in the form of the Tree experience, created by New Reality Company in partnership with the Rainforest Alliance. HP provided filmmakers Milica Zec and Winslow Porter with z640 workstations that allowed them to play the experience consistently at film festivals around the world after premiering at Sundance earlier this year.

The experience uses haptic devices to send subtle – and not so subtle – rumblings and vibrations through my feet as I stand on a mat, and via the small backpack I’m wearing. As I experience life through the eyes of a tree – from a seedling to towering hundreds of feet above the canopy of the Peruvian rainforest– I also smell the damp earth and feel the heat as I meet my end in a forest fire. Many people cry at that point, and I admit to feeling quite emotional myself.

It’s all part of what HP calls “Blended Reality” (which sounds akin to Microsoft’s Mixed Reality concept) and it is indeed a very powerful tool in creating a sense of connection and empathy with nature, something that has also been explored by researchers at Stanford University.

Wall believes that the way Tree brings in all the different senses lays the groundwork for something quite profound in the industry: “It’s the first visualization I see of activities we’ve had at HP labs for a while, which is how you move from the headset into creating total body, fully sensory immersive experiences.”

“That is the true gift of VR, that ability to immediately connect with your audience,” agrees Zec. Yet Porter stresses that in order to deliver that they first had to overcome some basic technical challenges. “As soon as we got the experience into the headset we noticed we were dropping at below 45 frames a second and immediately everyone got nauseated.”

Being particularly prone to VR simulator sickness myself I could see how that could derail the whole experience, but with the HP workstations and Quadro P6000 graphics cards they were able to speed up the frame rate to average over 90, which indeed felt much more comfortable.

The speed at which the technology is advancing is dizzying according to Porter. “At this stage it very much feels like you’re building the bridge and going over it at full speed at the same time.”

“The changes we’re going to see over the next ten or twenty years will be profound,” agrees Wall. “The phone of tomorrow, that little glass slab upon which we stare on average 137 times a day in 30 years will not be 30 times more powerful, it will be a billion times more powerful. And when you have that power kind of processing capability, your ability to create experiences that truly amaze will become the center of what film is,” he concludes.

Read next: Court rules against model over body-shaming Snap