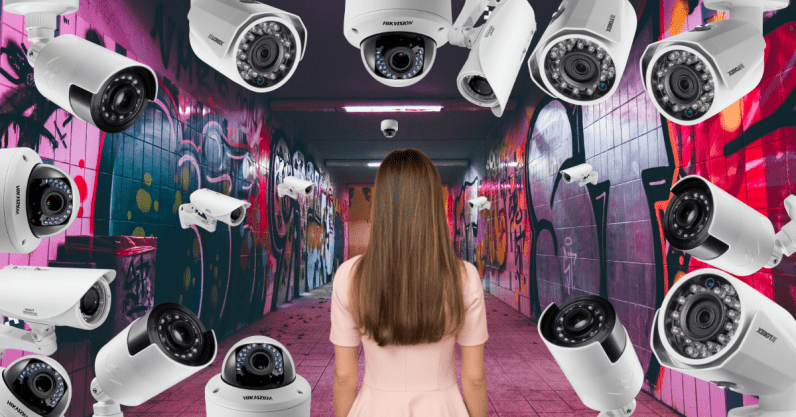 Hollywood has us believing that spyware technology is only used by secret-agent hackers who plant tracking devices in car wheels or in the soles of shoes. But in reality, “stalkerware” isn’t as high-tech or inaccessible as we’re led to believe. It’s harnessed to become a dangerous weapon that strips people of their privacy all too often — especially women in abusive relationships.

Today, stalkerware technology, also known as “spouseware,” takes the form of applications or add-ons to a device that allows someone to remotely monitor another person’s activity. For example, the parental surveillance app “PhoneSheriff” allowed people to read texts, view photos, and access the GPS location of a phone it had secretly installed — and there’s countless more apps like this.

There are also apps like Absher, a government-based mobile app in Saudi Arabia, which came under criticism earlier this year amid claims that it reinforced the country’s system of male guardianship. The app’s features allowed Saudis to renew their driver’s license and request government documents online, it also reportedly gave male users the option to receive SMS alerts when female “dependents” showed their passports at borders — effectively allowing men to track and control women’s movements.

There has been little research on stalkerware or attempts to grasp its true scale, but a 2018 study by researchers at Cornell University found that there are dozens of stalkerware tools easily available. However, the authors warned the majority are “dual use” apps masquerading as child safety or anti-theft tools, which can easily be repurposed for spying on a partner or spouse.

The predator in your pocket

Domestic abuse is an age-old problem, and as new technologies seep into our everyday life, aggressors have adopted and repurposed them to terrorize, control, and manipulate their partners. Earlier this year, the domestic-violence charity, Refuge, estimated that around 95 percent of its cases involved technology-based abuse.

Last month, Citizen Lab published a comprehensive study on stalkerware and other software that’s commonly used by abusive partners to spy on their partners called “The Predator in your Pocket.”

Citizen Lab has published a comprehensive study on stalkerware, malware that is often used by abusive partners to spy on their spouses, girlfriends, boyfriends, etc. Researchers and industry really paying much more attention to this area now https://t.co/J2H3J8iixd pic.twitter.com/3LRgRPiKI4

In the six-part report, it evaluated how stalkerware companies market and advertise their products. Using marketing intelligence methods, the paper’s researchers found that many of the companies were actively promoting their software to facilitate stalking, and by extension, intimate partner violence, abuse, and harassment.

More specifically, Citizen Lab found that consumer spyware companies’ blogs and search engine optimization (SEO) content revealed most companies had extensive reference to partner monitoring. One company, mSpy, encoded secret HTML text which advertised spousal spying on their website as a way to make their products easily discoverable by people searching for ways to spy on their partners.

When the researchers viewed the source code for mSpy’s site, they found: “Have you ever considered using SMS tracker to know who your spouse or children are texting with?” This text was originally hidden in the web browser and was only visible when reading the “page’s source code.”

Similar hidden text was also found across other areas of mSpy’s site. A page that described the company’s program features did not mention the word “spouse” in visible text. However, in the “drop-seo-text” researchers found:

Do you cherish a dream of secretly spying on your spouse’s mobile phone to know whether he/she is cheating? Are you worried about your children’s safety and contacts? Embarrassed to ask about their sexual activity or other risky behaviors? Now you can solve these delicate issues without mind-cracking and without discreditable interrogations! Look for the mSpy spy phone app – a perfect solution to spy to mobile phones of your family and keep track of safety and fidelity issues without sleepless nights and nervous breakdowns!

Out of the nine companies that the study analyzed, mSpy was the only company that had purchased paid Google Ads in Canada, Australia, and the United States. Earlier this month, Twitter promoted mSpy in a now-deleted tweet quoting: “What is she hiding from you? Find our [sic] with mSpy!”

What the actual fuck @Twitter seriously you’re promoting this kind of app? Do you not understand the kind of damage apps like these can do? pic.twitter.com/n7q0OKElOX

While developers who create these apps are to blame, the responsibility also falls into the hands of Google and Apple to remove these tools from its app stores. Earlier this year, Google refused to remove Absher, the Saudi Arabian tracking app, from its app store as it “did not violate Google’s terms of services.”

The study points out the availability of stalkerware application is the result of a broader social condition that either leads developers to believe it’s appropriate to create software designed for stalking or to create surveillance apps that can be easily repurposed to spy on a partner.

The number of tracking apps is increasing and as smart-devices in homes become more common and advanced, so will abusers.

Read next: Make a living keeping networks safe from attack with this $39 bundle