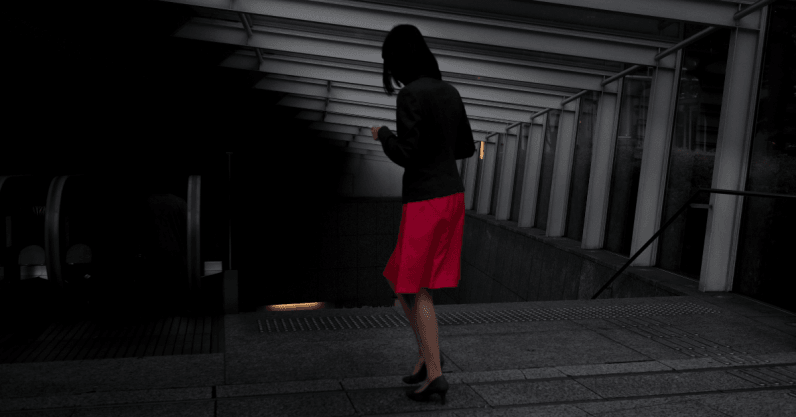 Update: As of today, Tuesday 12 February, upskirting is now a specific crime as the bill receives Royal Assent. ‘Upskirting’ perpetrators face two years in prison and will be placed on the sex offenders register.

Until yesterday, upskirting was almost completely legal. The practice involves taking sexually intrusive photos up people’s clothing without their consent. But now, in England and Wales, it’s punishable by up to two years in prison — and it’s about time.

Prior to this, most serious upskirting incidents would put the perpetrator on the sex offenders list, but not all cases are considered “serious” enough to be backed-up by criminal law.

Gina Martin, a 26 year-old activist, started an online campaign (#StopSkirtingTheIssue) and petition in a bid to criminalize all cases of upskirting. At a music festival in London last summer, a man took photos up Martin’s skirt but the police declined to prosecute the perpetuator as “it’s not a graphic image.”

On her website, Martin outlined her upskirting experience: “Two men took pictures up my skirt and used them to humiliate me at a festival last year, and after handing them (and the photos) over to police I was told there was nothing [they] police could do.”

Martin also posted about her experience on Facebook and her story quickly went viral, which encouraged “hundreds of women and children to come forward” about their experience with upskirting. MP Wera Hobhouse paid attention, she brought a bill that would make taking intrusive photos without consent a criminal offense punishable by a prison sentence.

A year ago today a man took upskirt photos of me.

A year ago I decided I wasnt just going to ‘ignore it’ anymore.

A year ago I began a campaign to make upskirting a sex offence.

Tomorrow my bill goes into committee.

Don’t accept assault as ‘part of life’ as a woman.

The law can’t keep up with the realities of tech

While the law stalls, abusers are getting more inventive. For example, last summer, a man was injured after a hidden upskirting camera in his shoe exploded. On one hand, this is beautifully karmic. But on the other, it shows the lengths violators are going to get what they want. These activities ruin people’s lives.

Even though upskirting is finally backed by the law, it’s still a crime that is almost impossible to spot. Who knows what perpetrators will come up with next to violate women’s lives?

Upskirting isn’t just a crime that can be used to humiliate women, it’s a crime easily accessible to men who can abuse their systemic power to achieve their ends.

Earlier last year, Andrew Macrae, the ex-vice president of the ticketing company “Live Nation,” was found to have over 50,000 sexually intrusive images of strangers.

Macrae was finally caught by an off-duty officer who had noticed a pen-shaped camera in a laptop bag that he had placed between a women’s legs at Clapham Junction station in London.

While the new upskirting law is a welcomed step in the right direction, it’s just another reminder of how much we need the law to keep up with the advances of tech’s role in sexual harassment. Abusers take advantage of it everyday, it’s time the law did too.

Read next: Report: WhatsApp surpasses Facebook as the social network's most popular app