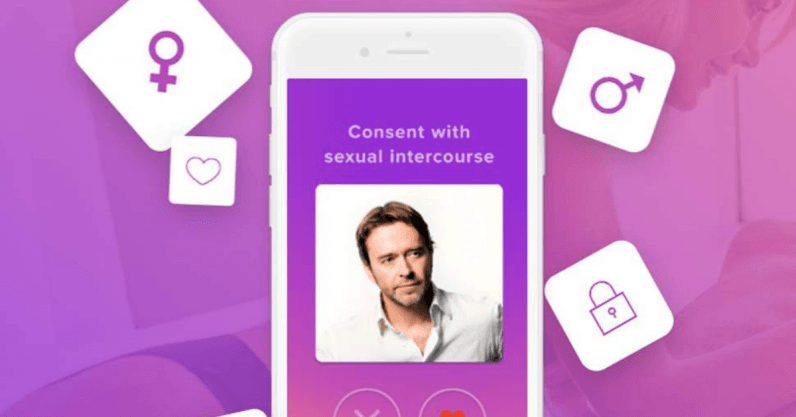 This story explores how projects like LegalFling are using blockchain technology to store vital information on assaults and record consent.

When many think of blockchain, they think of cryptocurrencies. But as one of the most exciting new fields of emerging technology, there is an incredibly wide array of use cases for blockchain — as well as many empty promises and scams.

When it comes to combating the age old problem of how to prevent sexual assault, it’s clear we need to look for new ways to do so. Blockchain’s ability to store and record information and anonymize records holds promising potential in this area.

Several new projects promise to use blockchain to circumvent government censorship, store information on reported assaults, create databases, and record consent. In this article, we take a look at how effective these initiatives actually are.

China’s internet is infamously censored, and the government has often used it as a form of control over dissidence and political activity. Because of this, the #MeToo movement hasn’t really gained momentum in the country until recently. Earlier this year, Chinese student activists ignited the movement in their country by using blockchain technology to surpass government censorship.

Prior to this, posts referring to the feminist movement were frequently removed from social networking sites such as WeChat and Weibo.

Stories vanished, including that of a decades-old sexual assault case where Peking University (PKU) student. The student, Gao Yan, committed suicide after she was allegedly sexually assaulted by a professor.

Recently, eight PKU students submitted a freedom of information request to the school to open Gao Yan’s case records. One of the students, Yue Xin, published an open letter claiming she faced harassment and intimidation from the faculty in efforts to make her back down.

Institutional and governmental pressure has forced activists and survivors to find a different route to share their stories. Despite activist attempts to keep Xin’s letter from also being censored (including republishing it upside-down) it was also removed from social media — but now it’s on the Ethereum blockchain for good.

Keeping #MeToo alive in countries that wish to block it out is just one example of blockchain being used to help sexual assault survivors, but it’s not the only blockchain initiative preserving important records.

Another such promising project is Callisto, a San Francisco-based tech non-profit which seeks to empower survivors to report incidents. Since 2015, they’ve been focusing on sexual assault cases at universities, an initiative titled “Callisto Campus.” So far, it’s been launched in 13 campuses and has supported over 149,000 students.

Callisto offers survivors three options: record abuse, issue a report, or store a report until another survivor files a similar report against the same perpetrator. The last option is based on “information escrows” ― a system which keeps a sexual assault report confidential until at least one other person has accused the same individual of assault.

As stated in its white paper, “In game theory terms, there is a first-mover disadvantage with high consequences for a victim when accusing a perpetrator. That disadvantage comes from the disclosure and resulting exposure of the victim, opening the victim up to consequences (countermoves in game theory) of retaliation, disbelief by authorities, reputation damage, and stigma.”

“Callisto’s solution leverages the two key facts described in the previous section to eliminate first mover disadvantage: we enable the likely multiple victims of a perpetrator to know they are not alone and create a path for them to act together.”

This approach disincentivizes retaliation by alleged attackers, reduces disbelief in victims, and lowers the likelihood the accusers will face damage to their reputationwhile reporting.

This technology also helps to encrypt and anonymize the reports: “Callisto approaches the problem of protecting the victims’ (and the perpetrators’) privacy through comprehensive use of privacy-preserving encryption technologies and user authentication practices. Personal information of users, their accounts of incidents, and the identities of perpetrators they provide are protected by encryption from before that data leaves the user’s personal computer.”

The data stays encrypted, until it is decrypted “on the personal workstation of a Callisto Legal Options Counselor. In addition, even Counselors cannot see incident or perpetrator identity information unless more than one user has identified the same perpetrator.”

According to Callisto, 15 percent of reports found a match causing them to report simultaneously.

Jess Ladd, the founder and CEO of Callisto, further illustrated how Callisto’s technology works in her TED Talk:

On average, one in five women and one in 13 men will be assaulted during their undergraduate career in the United States. Less than 10 percent will ever report their assault to the police and those who do, on average, wait 11 months to make their report.

According to Callisto, the service has increased the chances a survivor will report, the speed of their reporting, and the detection of serial sexual perpetrators on college campuses. They also claim survivors who visit their school’s Callisto Campus website are five times more likely to report their assault than those who do not.

An anonymous male survivor of sexual assault said: “It was hard to imagine coming forward in an immediately public way, but to start by chronicling what had occurred would have been a helpful and important first step.”

Apps putting consent on the blockchain

Blockchain tech has also been employed in projects seeking to approach issues of consent. The app LegalFling, for example, allows users to secure their explicit consent before engaging in a sexual act with one or more persons with just one swipe.

Once all participants have confirmed their consent, it uses contracts stored on the blockchain to let users specify consent, along with things like “explicit language” and use of protection.

But LegalFling and other projects like it have faced criticism, as they operate on a dangerous and deeply flawed representation of one-time consent. As anti-sexual violence organization, RAINN (Rape, Abuse & Incest National Network) explains, “Giving consent for one activity, one time, does not mean giving consent for increased or recurring sexual contact.”

Stephanie Alys, co-founder of MysteryVibe, a company that creates personalized pleasure products said during her talk at the TNW Conference last year that there’s a difference between seeking consent and seeking agreement – and the latter is what you get when you hand someone a contract.

Instead of tools to help people battle a legal case in the event that they’re accused of sexual assault or harassment – which is what LegalFling seems to be – more education and discussion on what consent means, and how everyone has the right to it, is needed.

An app like LegalFling doesn’t leave room for someone to withdraw their consent. Swiping “okay” beforehand is therefore not an accurate indicator of consensual sex, but this doesn’t mean blockchain can’t help prevent assault.

As in the case of the #MeToo activists utilizing the Ethereum blockchain, this technology can be of help, both in prevention and to survivors, as it anonymizes cases and records data that can never be altered. However, as shown in the case of LegalFling, technology cannot replace cultural change and better sex education.

Technology is black and white, but the world of humans is not. We can never solely rely on technology to protect us, because technology can never be a replacement for a healthy sexual culture, where consent is respected and discussed openly.

Read next: Focal Elegia Review: Neutral hi-fi headphones you can actually commute with