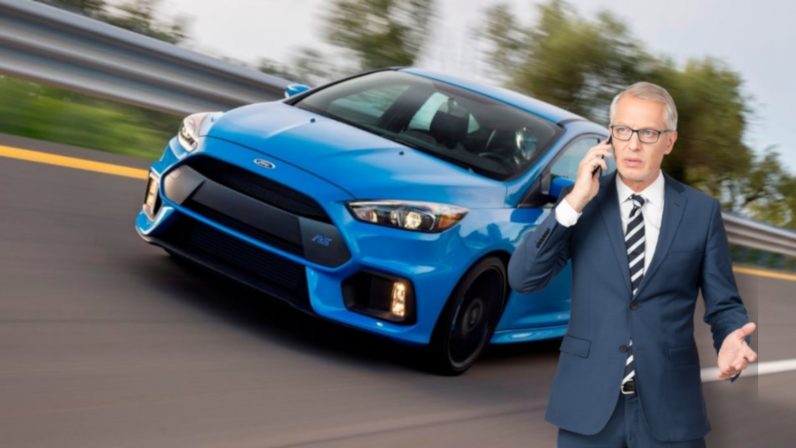 Amid growing emissions regulations, the future of the super-hot Ford Focus RS is in doubt.

According to Autocar, Ford bosses are banking on its engineers to make a “high-output, full-hybrid” drivetrain for the new Focus RS in order to meet average fleet CO2 emissions.

The new Focus RS was originally planned to be a “mild-hybrid,” using a battery and electric motor to supplement power and reduce emissions. But Ford wants to pivot to a “full-hybrid” to further improve the vehicle’s emissions figures and meet EU regulations. However, this has brought with it a host of engineering and cost challenges.

[Read: The Netherlands will give citizens up to $4,400 for buying new electric vehicles]

Ford bosses told Autocar the EU CO2 regulations were a challenge “waiting for a solution.”

We are waiting for our engineering team to come up with a solution on the powertrain and that is not easy given the new fleet CO2 regulations.

This year sees the EU phase in new regulations which will require automakers to have average CO2 emissions of under 95 g CO2/km across their fleet of vehicles.

The task of meeting this requirement in itself is pushing back the possible launch of the new Ford Focus RS. It now looks more likely the hot Ford will be launched in 2022/23, and not this year as originally planned.

What’s happening at Ford is unlikely to be a one-off.

What’s more, the UK is looking to ban the sale of all petrol and diesel cars by 2035. Manufacturers won’t have any option but to develop new all-electric drivetrains.

As regulations tighten, if manufacturers want to stay relevant and competitive they are left with no choice but to adapt. As with the Ford, it will likely cause some headaches in the short-term, but longer term it’s a step in the right direction.