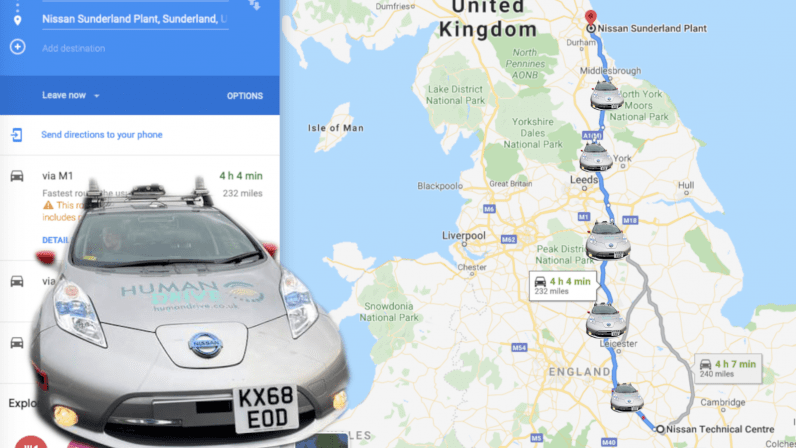 An all-electric Nissan Leaf has just completed a 370 km (230 m) trip around Britain, completely on its own.

As part of a Nissan support initiative, driving in fully autonomous mode, the Leaf drove from the company’s technical center in Cranfield, just outside Milton Keynes in southern England, to its factory in Sunderland, way up north, Reuters reports.

According to the report, this is the longest, most complex journey ever taken by a fully autonomous vehicle in the country.

For a human, driving from Cranfield to Sunderland would be pretty stressful: it would include stop-start city driving, motorways, and probably a bit of countryside motoring on unmarked unfamiliar roads. That’s certainly the case if the route Google Maps suggests is anything to go by.

To complete the journey, the Leaf was equipped with eight laser scanners, seven cameras, radar, and six control units to take care of all the tech and data pouring in.

There were no special concessions made either: the Leaf drove on public roads, amongst other regular drivers. Obviously, there were humans inside monitoring the whole thing and making sure all went to plan. 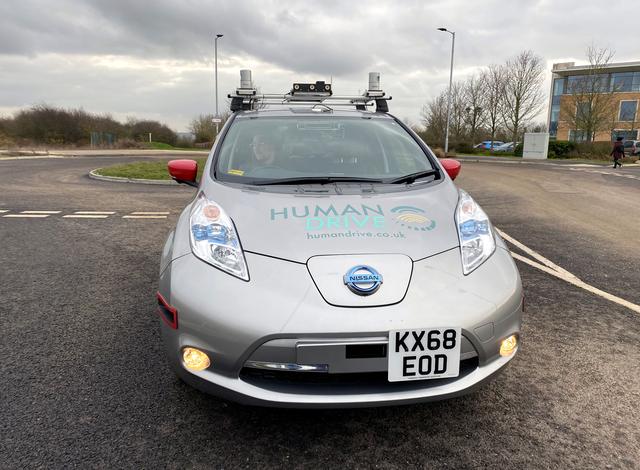 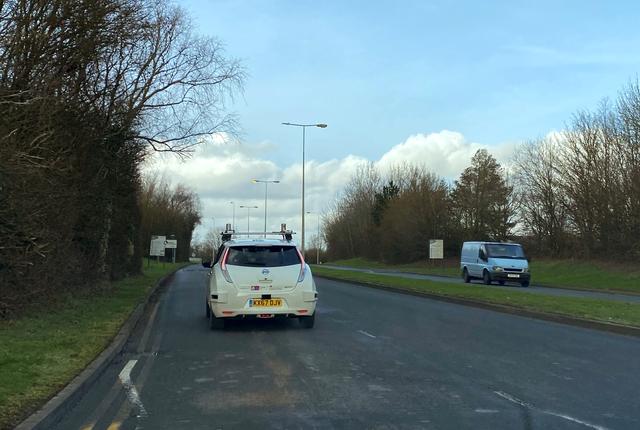 “Other drivers around the vehicle would not have noticed that the vehicle is actually fully autonomous,” David Moss, head of Nissan’s research and development in Europe, told Reuters.

Indeed, the successful trip certainly marks a bit of a milestone for self-driving cars, and does demonstrate that, in a perfect scenario, they can take to the roads among human drivers. But that’s not the point right now.

At the moment, it’s more about developing the tech of the future.

“You’re not going to see all of this tomorrow in a vehicle,” Moss said to Reuters. “But what you will see is elements of it progressively come in… over the years.”

Read next: Pizza, beer, and ping-pong — why your image of early-stage startups is wrong