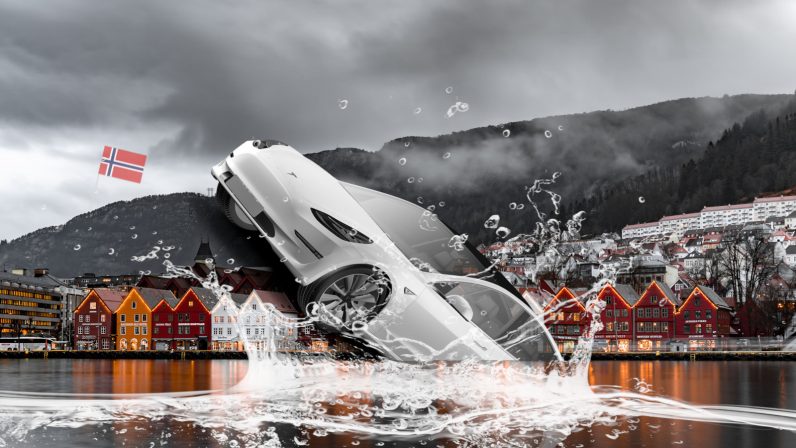 According to recent figures, Tesla looks to be falling out of favor with Norwegian owners.

Norway‘s Tesla owners gave the company a satisfaction rating of 75.5 in 2019. This is down from the EV manufacturer’s 2018 rating of 82.8. A score of 100 represents the best possible rating a company could receive.

What’s particularly interesting though, is that despite the drop in satisfaction, Tesla owners remain loyal.

In 2019, Tesla had one of the highest loyalty ratings of any company in the Nordic nation. Perhaps Tesla drivers in Norway are more invested in the company‘s vision than the product itself.

The drop in rating might not sound dramatic, but it was enough to see the company fall from fourth place overall in 2018 to 51st in 2019.

What’s more, in 2019, Tesla didn’t even make the top ten in its own industry of automakers, coming in 12th place when ranked by satisfaction.

Volvo topped the list of car brands with a satisfaction score of 84.6. It bodes well for the upcoming launch of the Polestar 2 from the Volvo subsidiary.

Toyota and Audi followed in second and third place with scores of 83.4 and 82.0 respectively.

According to green automotive website Clean Technica, the Tesla Model 3 was the most popular car in Norway between January and August 2019. More than 11,000 of them made it on to the roads during that time period.

Despite the Model 3’s popularity, its entry to the market was marred by delivery problems, delays, and quality control issues.

In November 2019, the Model 3 lost its “recommended status” from Consumer Reports following owner complaints of problems with paint, trim, and electronics. That said, the Model 3 has since regained Consumer Reports’ recommendation after new surveys revealed Tesla had rectified some of the car’s reliability issues.

Perhaps 2019 was just a momentary blip for Tesla. Having rectified the 3’s reliability issues, it looks like Tesla might regain some of its satisfaction score in Norway in 2020. But with the launch of the Polestar 2 closing in, Tesla’s Model 3 won’t go unchallenged

Read next: Check out how many hours you wasted gaming with PlayStation's 2019 Wrap-Up