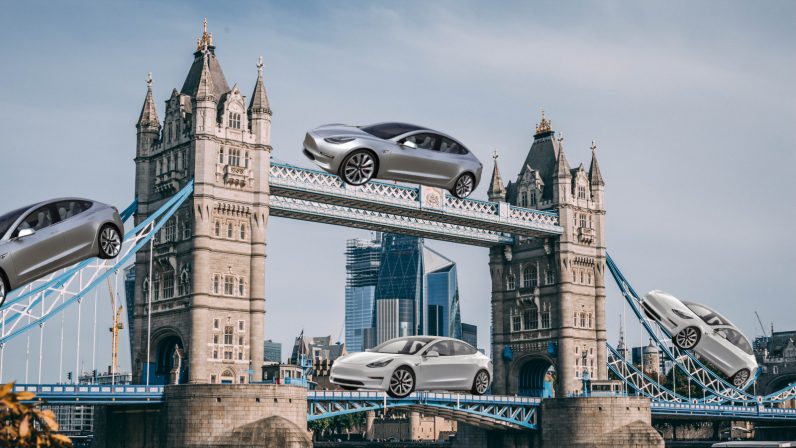 If recent figures are anything to go by, you might start seeing a lot more Tesla Model 3’s driving round the UK.

According to figures from the Driver and Vehicle Licensing Agency (DVLA) published late last month, in the 12 months leading up to September 2019 the Tesla Model 3 was the most registered battery electric vehicle in the UK.

Even though deliveries of the vehicle only began in summer of 2019, more than 5,500 Tesla Model 3‘s were registered in the 12-month period.

The only vehicles to outdo the Model 3 are Mitsubishi’s Outlander and the BMW 5 Series E, both of which are plug-in hybrid electric vehicles.

In terms of pure electric vehicles, the Nissan Leaf and BMW i3 were 2nd and 3rd behind Tesla‘s Model 3 with 4,500 and 3,400 registrations respectively.

The UK has seen a steady increase in the number of ultra-low emission vehicles (ULEV) registered over the last few years.

In Q3 in 2019, 22,836 ULEVs were registered for the first time, a 39-percent increase over the same period in 2018. The DVLA cites the Tesla Model 3 as being the main driver behind this increase.

Vehicle dealers can “pre-register” their cars. In these instances, dealers buy the vehicles and will then sell them with delivery mileage, usually less than 200 miles (ca. 322 km). This helps bump up sales figures for dealers, even though the vehicle hasn’t been sold to a private buyer or individual. Pre-registered vehicles usually come at a bit of a discount, too.

The UK has been seeing a steady rise in the number of electric vehicle registrations in recent years.

According to figures, battery electric vehicles and petrol cars are being favored at the expense of diesel-powered cars, the sales of which have been declining since the Volkswagen emissions scandal that surfaced in late 2015.

While this is positive news for those concerned with reducing emissions in British cities, there’s still a long way to go for EV‘s to overtake internal combustion-powered vehicles.