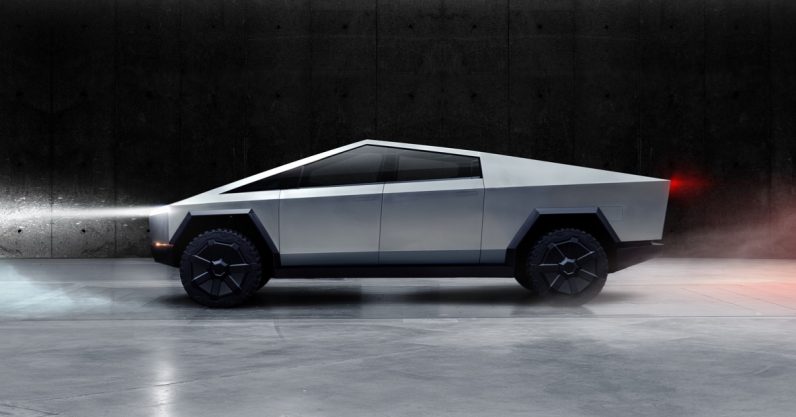 Elon Musk revealed the Cybertruck, Tesla’s handsome new machine, in all its angular glory. It’s a very cool car, but that doesn’t mean the internet isn’t going to poke fun at how utterly weird it looks. If you can count on Twitter and Reddit for nothing else, you can count on it for that.

Naturally, we took our own potshots here at TNW when we saw this thing. My colleague Callum Booth coined the lovely phrase “fascist Toblerone” to describe the shape, which isn’t that far off. My other colleague Napier Lopez compared it to the Batmobile, also apt. I’d say it looks a bit like Back to the Future‘s Delorean.

But of course the internet pulled out all the stops, posting photoshop jobs and side-by-side comparisons for just about every futuristic fictional car under the sun. This Total Recall tweet is one of my favorites:

Perhaps it’s not a surprise, give how “polygon-ish” it looks, that the main points of comparison are in video games. It bears a pretty striking resemblance to Halo‘s Warthog, albeit if Halo took a bit of a graphical downgrade.

The Tesla #Cybertruck looks like a Warthog from Halo 1 that failed to properly render https://t.co/OmcKOAIci1

It’s also been superimposed onto just about every racing game from the NES era.

The car’s angular lines make it look a lot like a certain Pokemon:

Tesla truck is built like a Porygon #Tesla pic.twitter.com/bDfL9BMueB

One Reddit user pointed out that it looks like it belongs a little ways into the future:

Interestingly, that’s the only one that Elon Musk himself has thus far deigned to address:

Naturally, that has some speculating that the car could be making an appearance in Cyberpunk 2077. I’m going to guess it’s Elon and CD Projekt Red’s social media manager screwing with us — but hey, I can’t say it would look out of place.