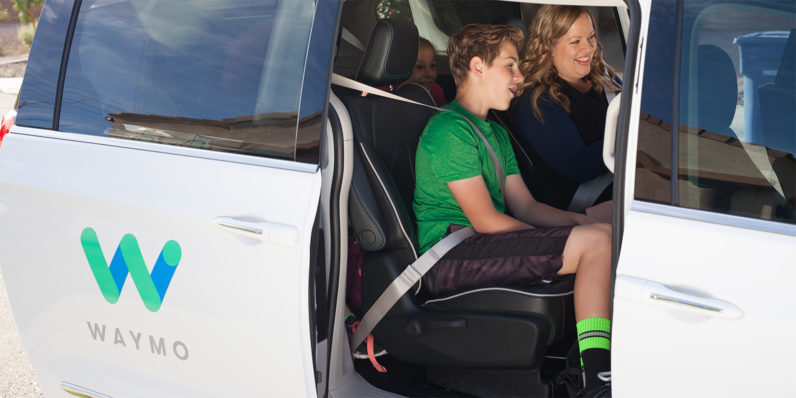 Alphabet has been keen on the self-driving car business for nearly a decade now, having tasked engineers at Google and later its spin-off firm, Waymo, with developing autonomous vehicle technology. According to Bloomberg, it’s now awfully close to taking the next big step in making this a reality: Waymo is set to launch a self-driving cab service in the US as early as next month.

What will it look like? For starters, it won’t be open to the general public at launch in December, but will instead cater to a small group of “dozens or hundreds of authorized riders in the suburbs around Phoenix, covering about 100 square miles.”

A number of those passengers will have already experienced self-driving car rides, having participated in a Waymo pilot program that made autonomous Chrysler Pacifica Hybrid minivans available on call to 400 families in Phoenix last April. But unlike its free trial service, individual passengers will have to pay for rides, as will companies like Walmart and Avis who might want to shuttle customers to their locations.

In addition to extensive testing on public roads with human riders (arguably more than any other firm), Waymo has also inked a deal to buy 62,000 more Pacifica minivans and 20,000 electric I-Pace SUVs over the next five years to build out its fleet. That should see it maintain an edge over Tesla and GM, which are both close to rolling out self-driving capabilities to their vehicles.

With that, Waymo is set to beat out Uber in the race to launch self-driving cabs that cost money. The two companies were embroiled in legal tussles over the alleged theft of trade secrets and have since settled.

It’s a race worth following, because in January, Uber CEO Dara Khosrowshahi said the company would roll out autonomous cabs by mid-2019. And in August, the firm received a $500 million investment from Toyota as part of a deal to collaborate on self-driving taxis.

While Waymo seems to have more of the necessary technical chops and test miles under its belt to win this, Uber has an established cab service and an immensely powerful brand that it can bring to the table.

Of course, Waymo’s success could help its main rival too. Khosrowshahi said in May that his company was interested in bringing Waymo self-driving cabs onto its platform; the Google spin-off could also consider licensing its tech – once proven – to others including Uber.

Watch this space over the next few weeks to learn when you’ll be able to hail a self-driving cab. It sounds like your ride is arriving soon.