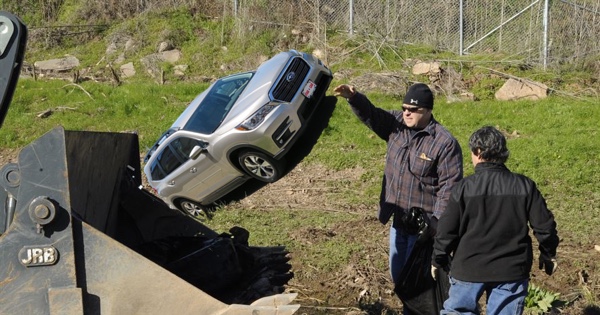 A software error has caused Subaru to completely dispose of 293 of its Ascent 2019 SUVs. According to a safety recall report filed with National Highway Traffic Safety Administration (NHTSA), robots at missed critical welds, thanks to improper coding.

The robots missed welds on the cars’ B-pillars which holds the hinges to the second row doors. This gaff reduced the cars’ body strength, and could lead to passengers being injured in a crash.

The company said that there is no physical remedy available to fix these cars, and as such, all of them will be destroyed instead of being refurbished. It added that thankfully, only nine units were sold to the customers; all of them will receive replacements.

Subaru said that the defect was found in cars assembled between July 13 and July 21. However, not all the cars assembled during that time had defects. It discovered the widespread flaw when it launched an internal investigation after it initially spotted a single defective vehicle during an audit in July.

Earlier this month, General Motors had to recall 1.2 million vehicles because a bug caused the Electronic Power Steering system to momentarily malfunction. Although, unlike Subaru’s incident, a software fix was enough to solve the problem. Tesla customers have complained about software crashes multiple times, which had to be fixed through over-the-air updates.

Stout’s 2018 report of Warranty and Recall suggests companies recalled nearly 8 million vehicles in 2017 because of a software or integrated circuit issue.

As vehicles and their production processes continue to rely more and more on software, automakers’ development practices must become more stringent and aim for higher quality releases to ensure customers’ safety.