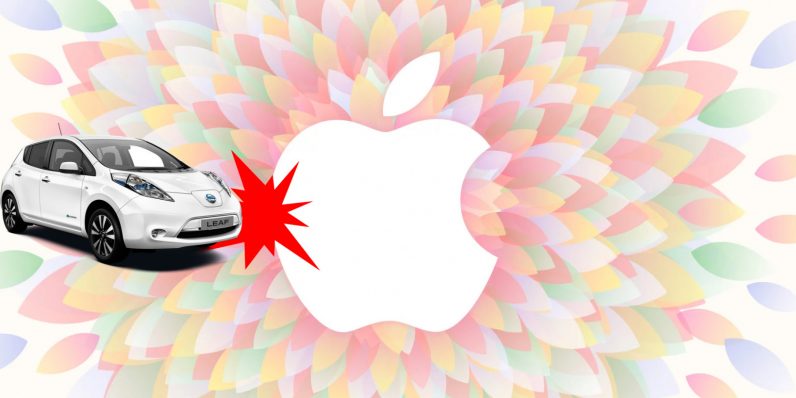 Last week, an Apple self-driving test car – a kitted out Lexus RX450h – was rear-ended by a Nissan Leaf in the company’s first recorded collision in its trials on public roads, reports CNBC.

The Leaf was traveling at 24 kmph when it collided with Apple’s Lexus as the test car was attempting to merge onto Lawrence Expressway South, in Santa Clara, California. While both vehicles were damaged, nobody was injured.

The trillion-dollar firm has 66 test vehicles approved for testing in the state. The company isn’t keen on manufacturing its own self-driving cars, but is instead more interested in developing the autonomous tech that will power them.

Back in May, the New York Times reported that Apple had signed on to a partnership with Volkswagen to turn its T6 Transporter vans into self-driving shuttles; at the time, the initial plan was to use those vehicles to ferry employees from one Apple office to another, across Silicon Valley.

With Apple’s test Lexus reportedly traveling at just under 2 kmph while merging, it sounds like it was the Leaf driver who was at fault in this collision. But it seems like Apple’s now gone through an important rite of passage in the path to building self-driving vehicles – and thankfully, it was little more than a scratch.

Read next: Appscope is an app store for people who hate installing apps