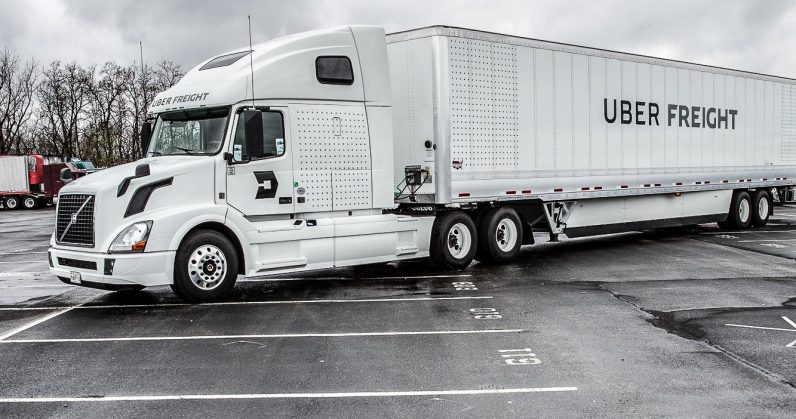 Reuters reports that Uber is shuttering its autonomous freight truck division after some two years in the space.

The company got started with self-driving trucks back in 2016, when it acquired Otto – a startup focused on developing aftermarket kits to allow trucks to cover long distances on freeways autonomously – for $680 million.

The purchase netted Uber the talent of Otto co-founder Anthony Levandowski, the engineer who built Google’s very first self-driving car. But along with that came trouble: in February 2017, Alphabet’s Waymo – the self-driving vehicle firm spun off from Google – sued Uber for stealing trade secrets, accusing Levandowski of stealing 14,000 “highly confidential” files before leaving the firm. After a year of heated court battles, the two companies settled in February.

Uber also runs Uber Freight, a service that connects trucking companies with cargo that needed hauling across the US. As with its other services, Uber built an app to help vetted users find a load they could book and haul right from their phones.

In a statement, Eric Meyhofer, head of the company’s Advanced Technologies Group (ATG), said that the idea is to focus exclusively on self-driving cars from here on out. TechCrunch noted that Uber ATG will continue looking at ways to tackle autonomous highway driving , and may return to self-driving trucks, but only after it has developed the foundation of the self-driving system.

In that regard, it’ll need all the help it can get. It’s fired Levandowski, who’s now behind another self-driving truck firm called Kache.ai. It was also forced to suspend its autonomous vehicle tests on streets in Arizona following a fatal accident that killed a pedestrian. The company also paused tests in Pittsburgh, only to start them back up this month with human operators at the wheel.

CEO Dara Khosrowshahi said in January that Uber will have self-driving cabs on the road by mid-2019. That’ll likely require all hands on deck, and it seems like that’s the plan with the decision to kill off its trucking business.

Errata: We mistakenly noted that Uber Freight was being shut down along with the self-driving trucks division; that part of the company’s will continue to function. We regret the error and have updated our post to reflect that.

Read next: WhatsApp rolls out group video calls at last