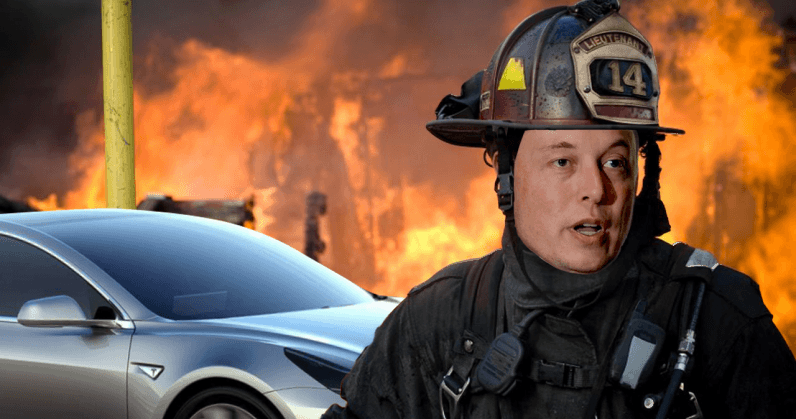 A machine used to recycle paper caught fire at Tesla’s Fremont, California, campus last night. It was just the latest in a series of unfortunate events for the beleaguered company.

In recent months, Tesla has faced criticism for mass layoffs, the erratic behavior of its CEO, Elon Musk, and its inability to hit self-imposed production targets. Analysts believe that due to its current struggles, the company could be in trouble without a capital injection by the end of the year — something Musk says the company has no plans to pursue.

But yesterday, Tesla went from a figurative dumpster fire to a literal one after a cardboard baling machine overheated, sparking a fire on the south side of the company’s campus. Production was not affected, according to a Tesla spokeswoman.

Last night, the structure outside our factory that houses the cardboard and other wood and paper products that are being recycled caught fire.

The blaze is the latest in a series of fires at Tesla’s Fremont plant. The last happened earlier this month, according to an email by Musk.

But for Tesla, it’s not just the plant that’s going up in flames. The company is burning through massive amounts of cash as it tries to hit internal production targets of 5,000 Model 3 electric sedans per week. A series of production delays and personnel issues has limited production on what was supposed to be a mass-produced electric vehicle.

And then there are the cars themselves, one of which appears to have spontaneously combusted earlier this week in Los Angeles. According to the owners, the car caught fire at random, with no crash.

Or, there’s the report earlier this week of a semi-truck hauling Teslas catching fire on I-80 near Patrick, Nevada. Admittedly, this isn’t Tesla’s fault, but it’s further proof that Tesla may want to avoid anything flammable for the foreseeable future.

We won’t even mention the Model S on Autopilot that rear-ended a parked firetruck last month.