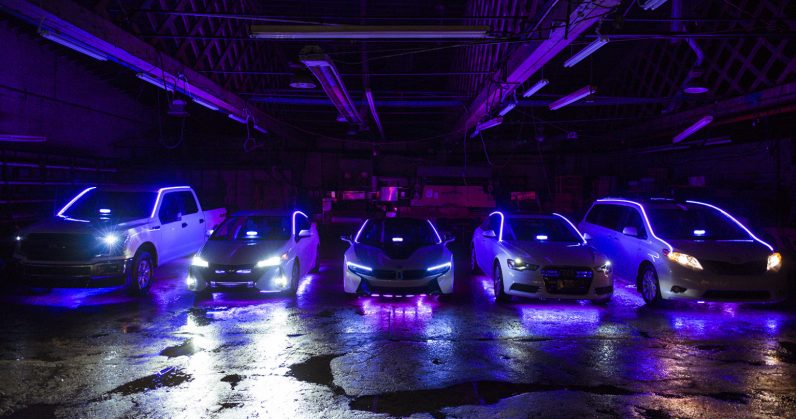 Hijacking big events for viral success is one of the most well-worn sections of the marketing playbook. Effective and often entertaining, there’s no better way to get your brand in front of millions than by piggybacking on an even bigger brand.

Oreo, for example, was the toast of the marketing world after its now-infamous tweet when the lights went out at Super Bowl XLVII.

Lyft, no doubt vying for similar success, pulled a creative stunt of its own this week by hijacking the buzz surrounding the Grammys.

The ride sharing company this weekend wired five cars with neon, before tuning and sequencing the horns, alarms, and headlights to play along with Grammy-nominated songs like “Despacito,” “Bodak Yellow,” and “Humble.” Once ready for the show, the car’s were placed in a parking lot in New York, where they proceeded to annoy the shit out of — and then delight — random passersby.

I’m both impressed and annoyed.

As if 2017’s most pervasive earworm weren’t hard enough to shake, Lyft now has me bobbing my head to horns and car alarms. Without even trying, the company just created the world’s first autonomous car boyband. Thanks for that.

Read next: Indian ride-hailing giant Ola takes the fight to Uber in Australia