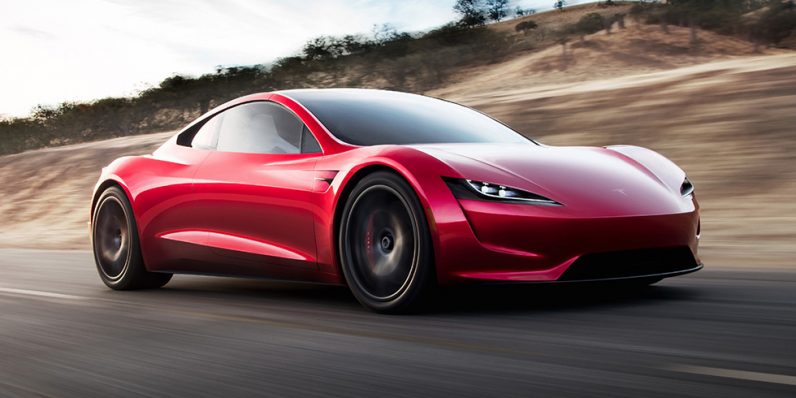 Just when the audience at Tesla’s Semi launch though the event was over, the company rolled out quite the surprise: a sleek red Roadster.

The convertible 2+2 seater manages a top speed greater than 400km/h, runs for over 1,000km on a single charge (that’s enough to drive from Los Angeles to San Francisco and back), and manages 0-60mph in 1.9 seconds – making it the first production car to hit that rate of acceleration.

It can go from 0-100mph in 4.2 seconds, and complete a quarter mile in 8.9 seconds, breaking the 9-second record of today’s production cars. That’s all thanks to its three motors, which output a massive 10,000Nm of torque.

Close up video of Tesla Roadster launching from zero pic.twitter.com/6FziM9M755

Presenting the vehicle on stage after it rolled up to the tune of Beastie Boys’ ‘Sabotage’, CEO Elon Musk noted:

The point of this is to give the hardcore smackdown to gasoline cars.

Tesla actually started out its operations building a roadster, but produced less than 2,500 of them between 2008 and 2012. The new vehicle draws on the bold lines of the original but adds numerous updates to its look, particularly in the front. It’ll be available in 2020; the first 1,000 ‘Founder’s Series’ units will cost $250,000, after which the price will go down to $200,000. Not a bad deal for the fastest car you can buy.