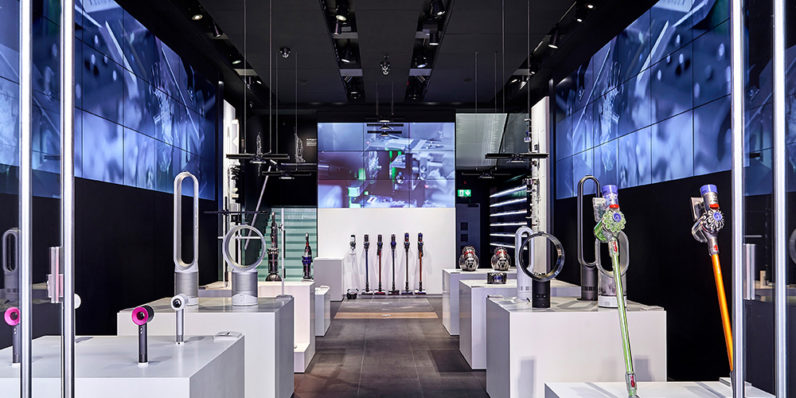 While it’s best known for its innovatively designed vacuum cleaners, fans and hair dryers, Dyson is now embarking on a different and far more ambitious mission: to build electric vehicles and put them on the road by 2020.

That’s a bold new step for the 30-year-old business – but inventor and founder James Dyson seems confident his company will be able to pull it off. The English firm is pumping more than $2 billion into the venture and had already put 400 people to work two years ago in its UK headquarters at Malmesbury, Wiltshire, towards developing a battery-powered vehicle.

James Dyson just announced to @Dyson employees that we’ve begun work on a battery electric vehicle, due to launch in 2020. pic.twitter.com/yUZNvIsYIi

Dyson hasn’t said much else about what sort of shape its project will take, but I’m excited to see what it comes up with. The company was the first to develop a bagless vacuum cleaner in the early 90s, and its current lineup of products look like nothing else on the market, while also managing to outdo the competition.

However, it’s worth noting that no matter how innovative Dyson gets, it still has to contend with the real-world challenges of manufacturing at scale, servicing vehicles and offering on-road assistance – basically, becoming a car company.

As if the automotive industry wasn’t already competitive enough, it’s got contenders like Tesla to worry about. Elon Musk’s company unveiled its third electric car to the world last year and set up a $5 billion Gigafactory to build it; two more such facilities are on the cards. Meanwhile, Volkswagen plans to spend $24 billion by 2030 on developing and bringing EVs to market.

In addition, some car makers are also keen to bake in self-driving tech into their vehicles by the early 2020s, so Dyson will have its work cut out for itself over the coming years.

That’s not to say it’s impossible for Dyson to compete, just that it won’t be easy for the $2.5 billion company. Founder James Dyson told the BBC that he hasn’t yet settled on a price for the car, but it won’t come cheap. That’s not what the brand is known for anyway, but it better be one hell of a car in three years.

Read next: How to activate the new 280 character tweets on Twitter