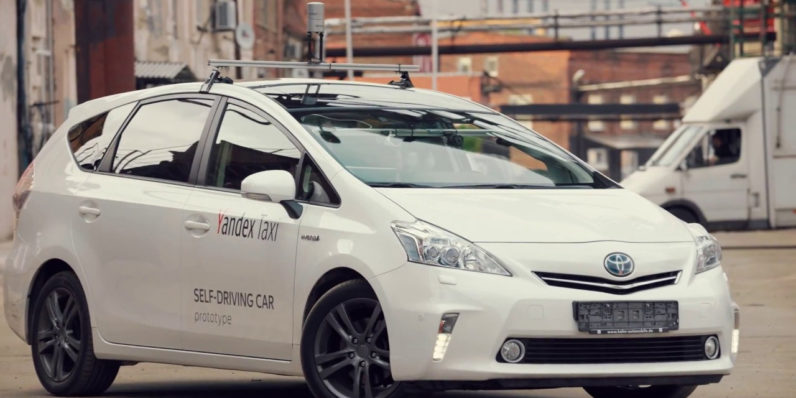 While American and Asian tech and automotive companies have been making great strides in autonomous vehicle tech over the past couple of years, Russia is now entering the fray: Yandex, one of the largest internet firms in the country, announced this week that it’s launched a self-driving car project to set its on-demand taxi business on course for the future of mobility.

The company is currently building its stack of technologies necessary for Level 5 (read: no human intervention required) autonomous vehicles, and is set to begin testing on public roads next year. You can see one of its demo cars in action below:

So who else is in the running? Tech firms like Google spin-off Waymo, Uber, and Comma.ai are working to make self-driving vehicles a reality. Waymo has even gone so far as to loan autonomous minivans to families for daily use in Phoenix, Arizona.

In Asia, internet giant Baidu has begun testing its cars in its home market of China, while MIT spin-off Nutonomy started trials of driverless cabs in Singapore last September and is partnering with Peugeot’s parent company Groupe PSA for more tests. Samsung received clearance in South Korea for its own autonomous vehicle trials last month, and India-based Tata Elxsi is working on aftermarket tech that can be installed on existing cars.

However, according to Navigant Research’s report from April, old-school automakers are far ahead of these tech-focused companies in the self-driving race. It considered factors like technological know-how, go-to-market strategy, production prowess, and marketing and distribution to determine which firms are best prepared for the next phase of mobility, and found GM and Ford to be at the front of the pack.

Yandex likely may not rank highly on that leaderboard if it were included, as it’s a brand new player in this space. However, as with Uber, Ford, and GM, it’s looking to build out its tech so as to offer automated cab services, so it may not necessarily have to worry about competing to be first out of the gate. It also claimed 55 percent of the on-demand taxi market in Russia as of last October, beating out Uber and Gett – so if it can keep that momentum going, it’ll have plenty of rides to service with driverless cars in the coming years.