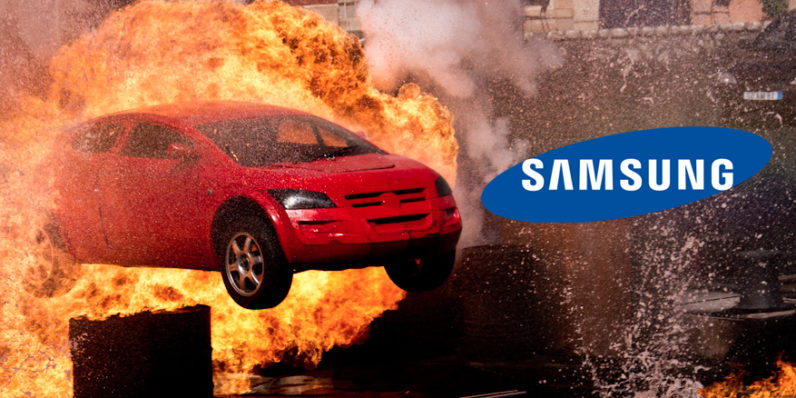 Yesterday, Samsung dropped the bomb at the North American International Auto Show, announcing its energy storage subsidiary SDI is readying a next-gen electric vehicle battery that crams enough oomph to cover distances of up to 372 miles on a single cycle and packs a mighty quick charge feature.

In addition to the ability to regain 310 miles of driving in about 20 minutes of charging, the hi-tech battery also comes in an efficient, lightweight body that weighs 10 percent less and involves less components.

The South Korean tech heavyweight hopes this innovation will clinch its spot as a leading electric mobility manufacturer. Here’s what the company said:

The development of the fast charging technology is making a rapid advancement thanks to its technological know-how in materials and processes that vastly decreased the resistance inside a battery cell.

With a 20min charge, you can have a driving range of up to 500km which is 80 percent of the capacity. This means that only 20min in the highway rest area will be enough for a battery to be charged, eliminating the range anxiety of EV drivers.

According to the numbers provided by Samsung, the battery stands to offer a significant improvement to existing energy storage technologies.

To give you some context, leading electric car producer Tesla promises an estimated range of up to 265 miles for the Model S and up to 250 miles for the Model X. In comparison to Samsung’s promise of 310 extra miles on a single 20-minute charge, Tesla currently has the capacity to regain 170 miles of range in half an hour.

What’s interesting is that fellow electric vehicle manufacturer Faraday Future claims to have developed a battery that purportedly lasts up to 378 miles. But given its less than convincing demonstration at CES, I wouldn’t rush spending my money on it.

If things go as planned, Samsung’s new battery will hit the shelves in 2021 – just in time to power the first batch of autonomous cars.

We just hope this time around the launch is going to be less volatile than with the notorious fire-bursting Galaxy Note 7 – or else we’re likely to witness some serious fireworks long before New Years Eve.

Read next: Spotify makes an official(ish) offer for President Obama to join its team