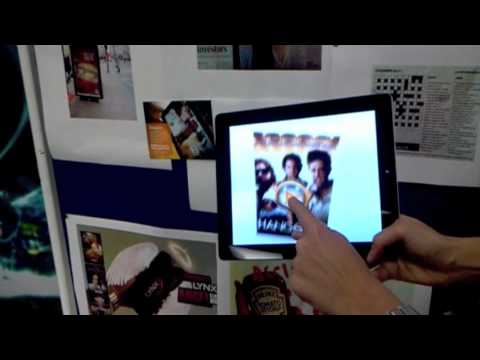 Canadians are already the world leaders in consuming online video, and according to a report from The Globe and Mail, the livestreaming of Friday’s royal wedding could push those numbers even higher. And that doesn’t even take Netflix into full account. Once the impact of Netflix’s arrival into The Great White North has been completely assessed, Canada will lead the world in online video consumption by a landslide.

Canadians have led the world in online video consumption for the past couple of years, watching videos more and longer online than anywhere else on the planet. And according to measurement firm comScore, Canadians show no signs of losing their appetite for online video. In fact, they are hungrier than ever.

The country’s viewership numbers jumped another 37 per cent in the last six months, from Sept. 2010 to March 2011, according to the latest numbers from the firm. In March, 22.5 million unique Canadian users watched 5.6 billion online videos for 388 million hours of viewing. That averages out to about 251 videos per user and 17.2 hours of viewing.

Furthermore, those figures don’t account for video streaming through Netflix, which has a paying customer base of 800,000 since its Canadian launch in late September of last year.

ComScore spokesman Andres Palmiter is hopeful that the firm will be able to track the streaming video service’s traffic in the not-too-distant future.

“Netflix does a lot to obfuscate what they do online for audience measurement companies like comScore, they don’t want to be reported publicly in terms of audience sizes and number of streams,” Palmiter said.

Palmiter added that Netflix may partially play into the recent boost in online viewing. Bringing Canadians into the viewing experience and encouraging them to look for more content elsewhere, like on TV network websites, is an area that Netflix may have had an impact on simply by having a presence in the country.

“So I wouldn’t necessarily attribute that (37 per cent) rise to Netflix itself, but what could be happening is you have a large player that launches in a country and it trains the audience to begin viewing content in a different space,” he continued. “So basically, as a viewer of online video, you just become more accustomed to finding the type of content you want to view when you know it’s out there.”

Palmiter also said that it’s often the big online events that turn web surfers into regular online video watchers. Friday’s royal wedding could give a boost to viewership numbers among older users, especially considering the attachment Canada has to the monarchy, most notably older Canadians.

With television networks and online video giant YouTube offering livestreams of the wedding, there’s a good chance that Internet users over 65 years old will be more likely to watch online rather than on using a “traditional” television.

“Probably the folks who are going to be most interested … may be more older viewers that skew that way and it’s a good thing to look out for, I think, when we analyze all the data,” Palmiter explained.

The time of day the wedding takes place in Canada (in the early morning hours) should also help boost the number of online viewers who will watch the streaming video afterward on services such as YouTube (it is going to make the event available on demand later), as many Canadians will be in bed when the wedding is live.