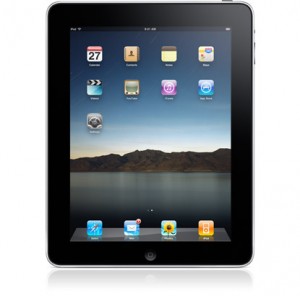 Rogers has just launched a new service that will enable business consumers to make calls over Wi-Fi while allowing the calls to be seamlessly carried over to the Rogers network when customers leave the home or office.

Wi-Fi Calling for Business offers customers unlimited local and Canada-wide calling without dipping into your monthly allotment. This doesn’t mean it’s free but it could potentially save you or your business from exceeding its monthly plan. The option to make calls over Wi-Fi would also come in handy if you ever find yourself somewhere without wireless network coverage (with Wi-Fi). A rare but possible predicament.

The add-on is now available for both business and individual consumers and users are able to take advantage of Wi-Fi anywhere it is available. It doesn’t limit you to choosing one Wi-FI network so you’re able to make calls from public networks found in coffee shops and hotels as well.

For the basic plan, customers/businesses will receive unlimited local calling for $10, an extra $5 will extend the unlimited calling across Canada. Aside from saving your minutes, the $15 a month plan also eliminates long distance charges within Canada.

When you hear the words “Wi-Fi” and “calling”, what immediately comes to mind? It’s likely you said Skype (Google Voice is not in Canada), a service that offers calling for nothing (or next to nothing) so the $15 charge for unlimited Canadian calling may sound expensive to you. Using Skype, users are able to make unlimited calls to anyone in Canada or the U.S for $2.99 a month.

The convenience of the Rogers add-on may have you sold although, there’s a limited amount of handsets that will work with this new service. Wi-Fi calling is only supported by uMa-enabled dual mode handsets. Rogers claims it’s available on a “broad array of handsets” but it’s not. The add-on works with a small number of devices including the BlackBerry Curve (8520), BlackBerry Pearl Flip (8220) and BlackBerry Torch (9800).

The device compatibility is the biggest disappointment of Rogers Wi-Fi calling — iPhone and Android are not supported.

Rogers uses UMA (Unlicensed Mobile Access) to successfully hand-off a call from Wi-Fi to its wireless network. Any Wi-Fi network capable of handling voice service will work however, Rogers may need to make some configurations to your network if your using an older router.

To learn more about Wi-Fi calling, check out Rogers’ site.