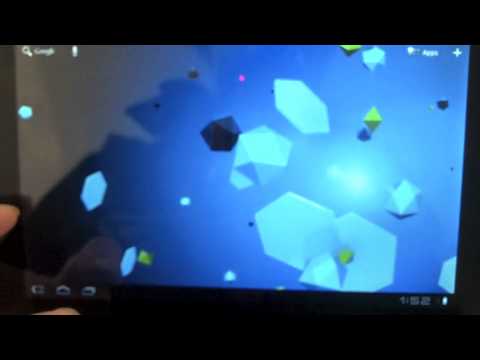 Smartphones and tablets predicted to outsell PC’s in Canada 2011 Based on a recent annual report from Deloitte Canada, a division of the global consulting firm, it’s predicted that 425 million smartphones and tablets will be sold this year. (not just in Canada). The study also forecasts that Canadians we will only purchase 400 million personal computers, 25 million less than mobile devices.

Deloitte Canada’s TMT team has listed its top 10 trend list for the year. The following predictions are what TMT says will be the most significant trends that will impact Canada in 2011.

1. Smartphones and tablets: More than half of all computers aren’t computers anymore

2011 marks the tipping point as we move from a world of mostly standardized Pc-like devices to a far more heterogeneous environment. In this new era, price, performance, form factor and other variables will be diverse..as employees are increasingly being allowed to pick their own devices, the cost for IT departments to manage a mixed network for both PCs and non-PCs is likely to be much higher.

2. Tablets in the enterprise: More than just a toy

In 2011, more than 25% of all tablet computers will be bought by enterprises. Although some commentators view tablets as underpowered media-consumption toys suitable only for consumers, more than 10 million of the devices will likely be purchased by enterprises in 2011.

3. Operating system diversity: No standard emerges on the smartphone or tablet

By the end of 2011, no operating system (OS) on smartphones and tablets will have a dominant market share. Some will have more than a 5% share, but no single player will become the de facto standard.

4. Social network advertising: How big can it get?

Social networks are likely to surpass the milestone of one billion unique members in 2011 and deliver over two trillion advertisements.

In 2011, television will solidify its status as the current super media, defying some commentators’ prophecies of imminent obsolescence. Viewers around the world will watch 140 billion more hours of television than last year, worldwide TV advertising will increase by $10 billion, the global TV audience will grow by 40 million to 3.7 billion viewers, and TV shows will be the most common conversation topic around the world and the subject of more than a billion tweets.

By the end of 2011, more than 50% of television owners in the U.S. and UK are expected to own a personal/digital video recorder (PVR/DVR) and have the technological ability to skip ads. However, given most PVR owners will continue to watch the majority of their television live (known as “appointment to watch” television), TV advertising will be almost entirely unaffected in these markets.

7. Push beats pull in the battle for the television viewer

Viewing will be delivered on a traditional “pushed” basis (i.e., the schedules will be determined by channel planners)…Searching will be available to varying degrees of sophistication, ranging from simple search apps selectable from an on-screen menu, to powerful functionality that enables searching across a wide variety of broadcast, streamed and stored content.

In 2011, 25% of North American big box and anchor tenant retailers will begin offering free in-store Wi-Fi access to shoppers…when shoppers do in-store online comparison shopping, the likelihood of purchasing appears to go up, not down: when an online search reveals that competitor’s prices are similar, many shoppers proceed with the purchase at the store they are in, rather than drive around to save a few dollars.

9. Getting to 4G cheaply: Will many carriers opt for 3.5G instead? The proliferation of new computing devices doesn’t mean that we need new networks

In 2011, the deployment of next-generation Long Term Evolution (LTE) wireless networks will fall short of industry expectations due to the continuing viability of the latest third-generation (3G) wireless technologies, such as High Speed Packet Access (HSPA+), and the handsets that work with them.

10. Wi-Fi complements cellular broadband for “data on the move”

The volume of data uploaded or downloaded from portable devices via public Wi-Fi networks will grow at a faster rate (25% to 50%) than the volume carried over cellular broadband networks in 2011…mobile providers should view Wi-Fi and cellular broadband as complementary and build out blended networks, or partner with Wi-Fi providers as appropriate.

For the most part, I agree with Deloitte’s predictions for 2011.  We’ll likely see Canadians pick up more tablets and smartphones than PCs this year, one of the main reasons being that the experience of using tablets and smartphones is largely curated attracting the mainstream non-tech folk.  Do you agree or disagree with any of the top 10 predictions from the report? Give us a shout in the comments.