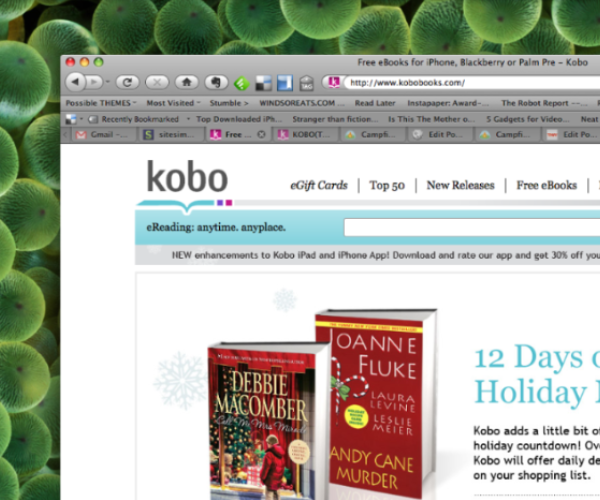 Kobo, the Canadian E-reader service has recently announced that its iOS apps will now be integrated with the popular ‘save it for later’ service Instapaper.

In the past, we’ve seen quite a few mobile apps like Seesmic and TweetDeck add Instapaper to their feature set because Instapaper is ideal for content junkies. While surfing the web, when you find a great article that you don’t have time to read, Instapaper can save the article for later making it available for reading offline. And the Instapaper tool within Kobo’s app works in a similar fashion.

Within the Kobo iOS app (Phone, iPad, iPod touch), users will be able to clip articles on the web and save & sync them to the Kodo library using the Instapaper tool. It’s sort of  Kodo’s ‘save it for later’ folder. Books, magazines and newspapers , in addition to articles on the web, can also be added as Instapaper clippings.

“People are constantly discovering a wide variety of great information on the web, but they don’t always have the time to read everything that they come across,” said Mike Serbinis, Kobo CEO. “With Kobo’s integration with Instapaper, readers can clip, save, and read this content anytime, anyplace they choose using the Kobo eReading application for iPad, iPhone or iPod Touch.”

Kobo’s iOS4 updates follow a string of new social tools available on Kodo’s iPad, iPhone and iPod touch apps. Last week, Kobo launched a new feature for publishing a series of shareables to Facebook; book check-ins, passage sharing and reward-badges. Users will also be able “like” a book within the app, another feature of their Facebook intergration.

These new enhancements are great, but they’re arriving a bit late to the party. And if they really wanted to go ‘social’ with their badges, they should have teamed up with a service such as Glue, a service that unifies your badges across multiple entertainment platforms. I’m admittedly a bit of a Glue fangirl and I just like my badges neatly displayed in one place. Nevertheless Kobo has extended huge value to their customers with their new social entertainment features.

Read next: The Woman Who Cannot Feel Fear