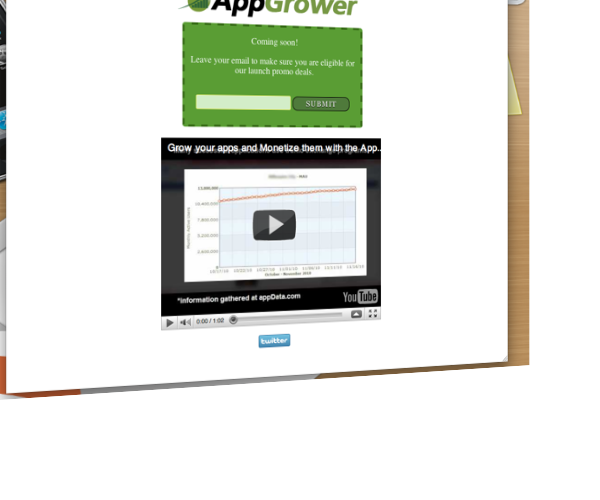 As Farmville is spreading to Japan, social apps (games mostly) are growing with no end in sight. The question is, then, for app makers: How do you get more traffic to your app? Not every app is going to be a Farmville. Luck is one thing, but you can’t build a business on luck (except if you’re a casino). AppGrower has set out to build a network of these social apps (on Facebook mostly) to help app makers drive traffic to other apps.

AppGrower—AppGrower is a service meant to increase the traffic for social apps mainly on Facebook and other social game platforms. Appgrower will offer a pay per install campaign allowing the app developer to set the sale rate of their traffic.

It’s clear that AppGrower is just starting out, but listen to what they have to say…

Read next: Launch Party 10 In Their Own Words: TaxiNow