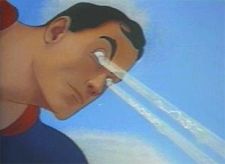 Remember when you first ditched dialup for high-speed internet? Internet at home that was always on, fast, suddenly the Internet seemed like a new place. Web 2.0 might never have happened if people couldn’t be online, all the time, at broadband speed. Yesterday the CRTC (Canadian Radio-television and Telecommunications Commission) started hearings in Timmins, ON (hometown of Shania Twain) to discuss whether having access to high-speed Internet access is a right for all Canadians, just like basic phone service is:

The Canadian Radio-television and Telecommunications Commission on Tuesday began hearing from interested parties on whether it should declare broadband internet a fundamental service that it needs to regulate, similar to how it governs basic phone service.

“The burning question now becomes whether the commission has a role to play in the provision of broadband internet services where it is currently not available,” CRTC chairman Konrad von Finckenstein said at the opening of the hearings.

From the CBC article, the big telcos are already saying that this kind of government intervention isn’t needed and will be expensive to deploy:

Large internet providers such as Bell Aliant as well as satellite company Barrett Xplore on Tuesday argued that no intervention is necessary from the CRTC. They said that improving wireless and satellite options are providing better services and choice to rural Canadians.

On Wednesday, Winnipeg-based MTS Allstream said that rolling out broadband to rural and remote areas will cost about $7 billion over 10 years, which won’t be achieved by allowing market forces to sort themselves out.

Although I’m not a huge fan of government intervention, I think the benefits to rural communities having access to broadband far outweighs the cost. Access to high-speed Internet lets small, rural businesses connect to new markets, schools connect to other schools, and everyone gain access to distance learning tools that require high-speed to be effective.

Let’s connect all of Canada together!

Read next: Should The Daily Beast launch a print edition?