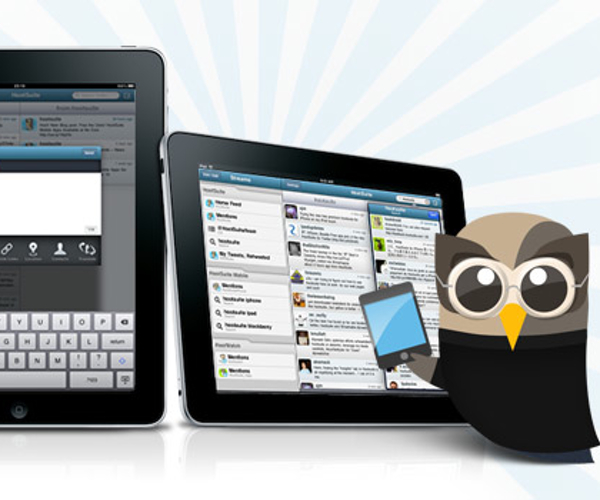 I wish I could tell you in this post that you can go to the App Store and download HootSuite for the iPad now, but I can’t. The app isn’t quite ready to leave the nest, but it could be out as early as next week (so a little bird told me). What I can do though is give you The Next Web readers a first look at screenshots from the forth coming app. First off here are the features in the app:

Got an iPad? Here are some of the things to look forward to with the new iPad HootSuite app:

Like the iPhone app, the iPad app will be able to integrate with Foursquare and Facebook and manage multiple accounts. Unlike the iPhone app, you’ll be able to see and use multiple columns at once. Twitter really should have taken notice of this little detail when they made their app. Yes, the native Twitter app has been my favourite on the iPad since it came out and while TweetDeck looked great, but it was honestly just too crash-prone to be enjoyable. My hope is that HootSuite will couple being able to have tabs and streams that take advantage of having more screen real estate with being stable and useable.

Everything I see points to HootSuite on the iPad as being something you might just be able to keep open all the time on your iPad. Right now I have TweetDeck open on my second screen so I can watch my key Twitter lists update. Now if I can do the same thing, but on my iPad? That will let me use my second screen for more than just Twitter (and I won’t feel like I’m missing out when I need to cover it up with “work”.

Could tools like this make an iPad become a “second screen” (or third) that you can have open to see news and information?  I know a lot of people do this already for clock and weather apps, but I think keeping HootSuite for iPad open all the time, could become a pretty compelling use case. In any case, here are more shots of the app:

As you can see, I think HootSuite has done a good job of using portrait and landscape orientations in the most efficient ways possible. I’d say that I’ll be reading in landscape, but might compose in portrait (just guessing, but it looks that way). I used HootSuite for iPhone while at the opera this evening (my dates and my tickets) and would have loved a little more space to compose. Though I have to say that HootSuite for iPhone was very efficient at uploading pics and sending tweets out.

While the app isn’t ready yet, it will be soon and if you’d like to have the folks at HootSuite email you when it’s ready, they have a nice sign up form to get announcements. I hope that the app is as good as it looks, because if it is, the native Twitter app and TweetDeck aren’t going to have a place on my iPad anymore.

While you’re waiting for the iPad to be available, Dave Olson asked me to remind you all about the HootSuite “HootSuite Helps Me…” postcard contest from the beginning of the week. I guess they really do like getting mail and do like giving stuff away.

Read next: Love It Or Hate It, Windows Phone 7 Is A Big Deal