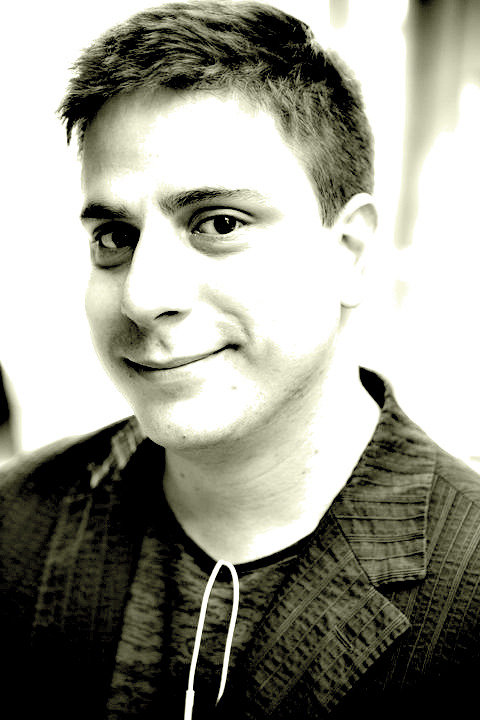 Next in my series of Touching Base With is my long-time friend, colleague, and often boss, Jeremy Wright.

Jeremy gave me my start in professional blogging when I was employee #1 at Inside Blogging (that he started with Darren Barefoot) back in 2004. Since then I’ve worked for Jeremy several times, most recently while he was CEO of b5media. Since Jeremy is one of those restless entrepreneur types, I figured touching base with him would be a good idea, because Jeremy often has the instinct of what will be hot in the social media space before it happens. Without further ado:

You’re a busy guy, it’s hard to keep up with what you have going on, so what’s your latest project?

My day gig is helping out Alkarim Nasser and the team at BNOTIONS.ca as CEO. Basically it’s my job to help grow the company, bring in money and build a base strategy so that all of Alkarim’s energy and idea can be funneled into creating #awesomesauce, hah. By night, I somehow (ironic) became a common sense dating expert along with Melissa Smich (@smichm), writing at http://nakeddating.tumblr.com.

Oh, and on Thursdays I (along with Jon Crowley, @joncrowley) run a karaoke event called LoserKaraoke (#loserkaraoke). Beyond that, still traveling, speaking and writing haiku tweets!

You’ve been in the Canadian tech scene for a long time, what do you think is hot right now?

Oh I’m just the worst person to ask about this stuff! I think location is way too wide without any depth, that game mechanics are fundamentally interesting given the existing social graph, that syncing (identities, networks, files, presence) matters and that we need to stop referring to it as “the cloud” like it means something!

I think we always said something to the effect of “blogging is just writing, just with a more socially aware component”. As most online writing has become more social, that line has blurred. What’s left is largely personal blogging (slash microblogging), journalism-style blogging (like journalism, but a bit more real-time, a bit more personal, a bit more opinionated and entirely fine with being flat out wrong, a la TechCrunch) and personal publishing (showing off how much of an expert you are in something, like dating for example!).

Is that fundamentally unique? It’s certainly different, but the uniqueness of the early days of blogging has spread as a foundational aspect of the modern web, with authenticity, transparency, speed of publishing, revision-driven writing and writers as personalities becoming very mainstream across mediums.

The entrepreneur’s life is a hard one, what’s your #1 tip for people running startups?

Find balance and find focus. There’s a tendency, especially among young or first time entrepreneurs to “work hard, play hard”. Which is great until you forget to play, and then all you’re doing is working hard. By establishing balance, even if it’s (shudder) yoga once a week, you’ll find yourself working smarter, being more creative and being more personable. Sure, part of being in a startup is the occasional late nights, but letting that be the norm will drain you.

As far as focus, too many companies these days are being run as “solve everything” companies. If you can’t describe your company, your industry and your competitive advantage in 140 characters or less, you’re probably doing too much. If you can’t describe what “victory” a year from now is, you’re not being specific enough. And if your employees can’t answer “what makes the company special?” without emailing you, you’re not empowering enough.

We both earn our keep by staying on top of all the latest stuff, what tool is most useful to you?

I’m a very, very bad geek. As time has shrunk, so has my desire for new toys. I live my life in Google Apps for Your Domain, TweetDeck, Word, Excel and Prezi. And Grooveshark powers my groove. Nothing exciting, except for the shattered screen on my iPhone!

Thanks to Jeremy for touching base with me…I’m looking forward to what he has on the go, well except for that karaoke part. He and I did that once. Never, ever again.

Read next: Does Your App Know Where You Are? Maybe the Yellow API can help.