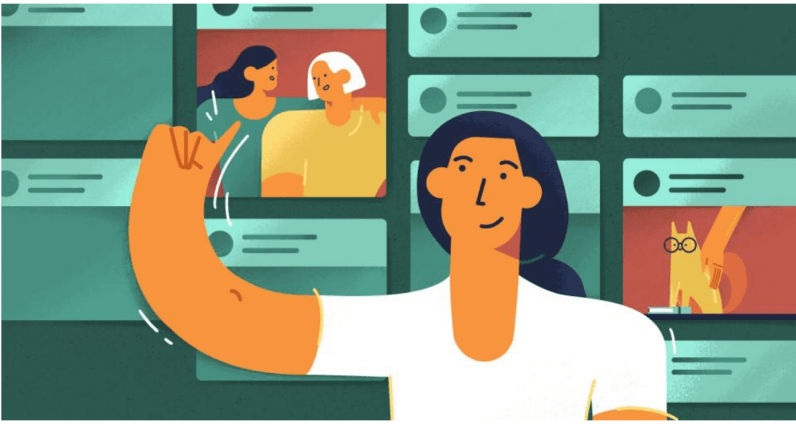 Facebook’s biggest money-spinner is its News Feed, and the company has announced yet another key change to the algorithm.

In a fresh announcement, the social network said that it’s leveraging new signals such as user surveys to prioritize posts from close friends and content you might find worthwhile.

The shift marks Facebook’s continued evolution from a public platform to a more closed-off, personal space. By focusing on meaningful interactions between people, the social media company seeks to distance from a string of issues – polarization, fake news, hate speech and extremist content – that have eroded public’s trust in it over the last few years.

Facebook CEO Mark Zuckerberg recently said the company’s direction would shift from being a social network where people broadcast information to large groups of people — a town square — to a service that functions as a digital equivalent of the living room, where people communicate with smaller trusted groups.

The News Feed algorithm already factors in indicators like how often you interact with a given friend, the number of mutual friends you share, and whether you mark that person as a close friend.

But by conducting surveys to take into account the friends and pages whose updates you would actually like to see on your News Feed, Facebook appears to be taking a crowdsourcing-like approach to rank posts on the feed. This effectively means you will see more posts from your closest buddies as opposed to distant acquaintances.

In a similar vein, Facebook conducted surveys to find out what type of links people interact with the most. The social network then combined this information with other details about the post – like the type of post (link, video, etc.), the publisher, and the engagement it’s received – to accurately predict if you are likely to find a link valuable.

The change will most likely have an impact on Pages that share clickbait. It follows similar moves Facebook undertook last month to weed out unoriginal content, misinformation, and other forms of ‘borderline content‘ that brings down “the overall quality of discourse” on its platform.

Of course, employing user surveys sounds a lot like collaborative filtering, which typically works by extrapolating similarities between users’ tastes in order to make new predictions.

Recommender systems typically rely on such filtering to serve recommendations tailored to your preferences. Netflix and Amazon already use this technique so as to suggest movie titles and shop for products (“Customers who bought this item also bought X”).

With over 2 billion active users on its platform, Facebook has become a critical tool for publishers and users alike. But the tech giant’s profit-at-all-costs agenda has led to a decline in user engagement at the cost of Instagram (which it owns) and Snapchat.

By favouring posts from your closest friends and other content you might like, the changes are intended to encourage you to interact with the platform – and keep you coming back to Facebook for more of the same.

Read next: Here's how we can change the Earth's orbit to escape the expanding sun