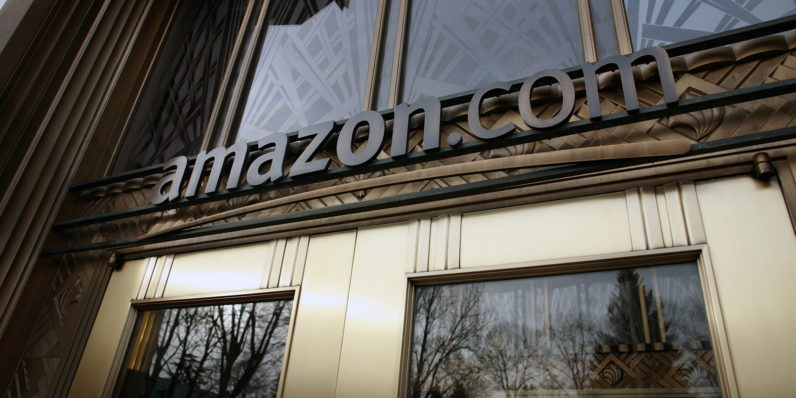 Grocery stores are feeling the squeeze after Amazon slashed prices at Whole Foods last week. Kroger, the third largest grocery chain in the US, finds itself in the unenviable position of trying to find profits while engaging in a price war against a foe whose pockets run far too deep to beat.

The first sign of trouble was when Kroger started announcing voluntary buyouts and slowing store growth. Now the company is reportedly scrambling to come up with a long-term plan to deal with Whole Foods and Amazon. It’ll have to stop hemorrhaging money first.

After 14 years of quarter-over-quarter profit Kroger is faltering: the last two quarters have shown losses. It’s obvious that the “Amazon effect” is in play and that means a different rule-book. Kroger is already testing deliveries – using methods like hiring Uber drivers – in hopes of cracking the code to competing with Amazon. It’ll also be unveiling a new online shopping system soon, according to the Wall Street Journal.

Unfortunately for Kroger, which has admirably thrown everything (including the kitchen sink) at the problem, Amazon doesn’t depend on quarterly profits to make decisions. If it chose to run at a loss in order to overpower the competition the rest of the grocery store world would have to look to politicians for help.

Walmart, Costco, and Kroger represent the three largest grocery store chains in the US, and each of them are at the mercy of Amazon – none can compete with its sheer size and diversity.

While the idea of a grocery monopoly sounds a little scary, the cost of feeding a family is ridiculous. It runs, on average, about $200 a week to feed a family of four in the US.

If Amazon is going to make it cheaper for all of us to get groceries, I say bring on the competition. What could be more American than being forced to innovate or go out of business?