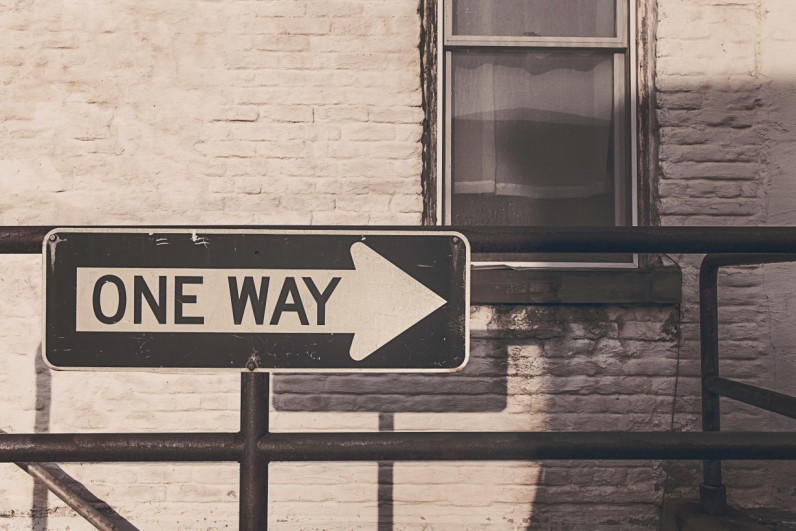 When I decided to start freelancing for startups, people kept advising me to always ask for the client’s budget right at the very beginning.

A lot of exposure? What does that really mean?

“Hey man, oh yeah, thanks for asking. Well, as you know we are a startup and we don’t have a budget yet but we’ll give you a lot of exposure.”

if someone asks you to work for free “for the exposure” you can tell them people often die from exposure.

While I was spending the early days of my freelancing journey sending out pissed-off emails to free riders, I noticed those free riders were at least being honest.

I’ve seen clients disappear without paying right after I sent them the final project files, while some others pretended to be upset so they could still disappear with the files.

According to some close friends, the reason I couldn’t make freelancing work was obvious:

Stop wasting your time trying to target desperate entrepreneurs and startups. Go offer your marketing services to big companies with deep pockets instead. Entrepreneurs are broke and they don’t even know what they want. They are the worst clients ever.

I never managed to find a corporate client “with deep pockets,” whatever that really meant. But I decided to start approaching startups that I knew had raised at least some funding, instead of targeting the so-called “broke entrepreneurs”.

I also figured the founders of these just-funded startups still had to build their in-house teams so they would be open to getting some freelancer help down the road.

But getting paid wasn’t the only trouble with serving startups.

Every time I approached these clients telling them I could help with marketing or growth, I was treated as a magician who was expected to bring phenomenal growth overnight.

Some religiously believed their growth had to be similar to those hyper-growth startups like Slack and a few were sharing example stories such as how Airbnb achieved spectacular growth by growth hacking Craigslist.

Having such sudden and crazy growth expectations wasn’t entirely the fault of those founders, though. It was the new trend in town:

Growth hacker in. Marketer out.

The first decade of the 2000s in tech were the days when being a marketer was still cool. There were no words like “hacker”, “startup”, or “growth” attached to it.

And when someone asked about what we did, our answer was pretty simple: marketing.

Then in 2010, Sean Ellis appeared on the tech scene and coined the term “growth hacker”.

His insanely popular “Find a Growth Hacker for Your Startup” essay had something bold to say about startup marketers:

…Rather than hiring a VP Marketing … I recommend hiring or appointing a growth hacker. A growth hacker is a person whose true north is growth.

Soon the term was everywhere and many influencers were helping it spread further. According to Neil Patel, growth was the sun that a growth hacker revolved around and the marketers didn’t revolve around that sun in the same way:

Of course, traditional marketers care about growth too, but not to the same extent.

While some people had difficulty understanding the hype around the “growth hacker”, the term was too cool to ignore.

I was one of those many marketers who were rushing to update their Twitter bios by changing their job titles from the boring “marketer” to the new, cool “growth hacker”.

It was also when the word “hustler” was just starting to become popular. So we were now both “growth hackers” and “hustlers”, and we were boosting our egos every time we told people how busy we were growing the hack out of startups.

While most of the growth-hacking advice contained invaluable lessons, we the marketers managed to ruin things yet again. With the excuse of hacking our way through, some of us started to employ heavily aggressive and spammy tactics.

And the last few years have seen numerous examples of failed spammy tactics and sparked a huge discussion that questioned if growth hacking was bullshit or ethical, or whether throwing away your integrity was worth a few extra clicks.

While I understand the critics, I fully trust it wasn’t the intention of Sean Ellis or his followers, whose insights helped many startups grow. He probably had no idea to what extent the world would misinterpret his term and confuse it with employing nonsense hacks.

After all, it’s fair to say that many of those shortcut tactics actually worked.

The cycle is always pretty straightforward:

While we’re too busy milking each tactic for all it’s worth, the consumer isn’t a moron. Her BS-detectors are getting better and she’s becoming smarter than ever before at ignoring our old-school tricks.

“Hey, but I’m sure my audience pays me attention,” you try convincing yourself. But recent research suggests that the average human attention span of people is now shorter than that of a goldfish.

And the moment you hope to get some search traffic, you realize there are now businesses dedicated to ensuring your content never makes it to the front page of Google.

Come on. Let’s not even talk about the millions of blog posts published every day, the ever-rising shopping cart abandonment rates, or the percentage of people who never read your content to the end.

But enough with these depressing stats, because I’m not writing this essay to add yet another point to the growth-hacking debate or to talk about the first-world problems I had when freelancing for startups.

Instead I want to highlight a few points on what all the clutter and sad stats might actually mean for the future, especially for those of us who are spending their days and nights trying to grow a startup on a journey full of ups and downs.

The future of startup marketing

Read next: Samsung Galaxy S8 will come in three colors and cost more than iPhone 7