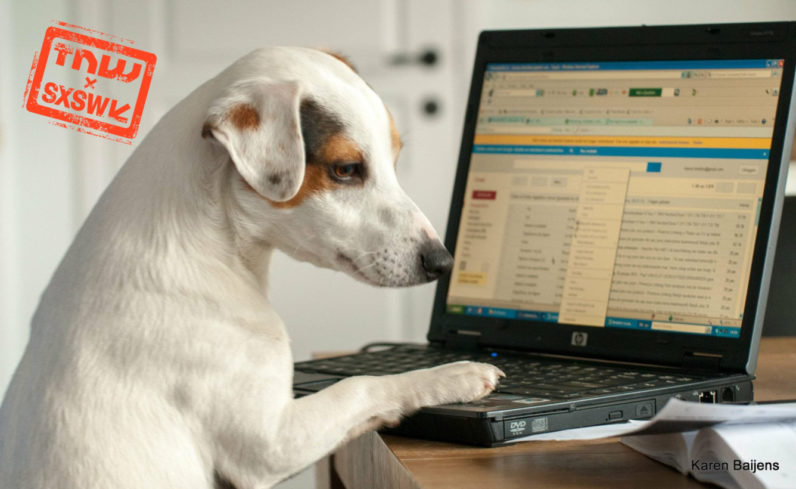 One of the most tired clichés about the internet is that no one knows you’re a dog. That might be about to change though, if the experts on the SXSW panel The Future of You: Identity Tomorrow are to be believed.

Reliably establishing someone’s identity on the internet is a problem that’s at least as old as the cartoon that sparked the cliché. But tech wouldn’t be tech if there weren’t people out to solve that problem.

Judging by the panel, there are two ways to approach the problem of online identity.

One is top-down, one is bottom up. The first would take a big organization – like the government, a bank, or Facebook – to impose a way for users to verify themselves to a centralized platform. The second means getting individuals to privately and willfully confirm their identity to some organization or company by their own volition.

The bigger problem is both these points of view are stuck in a chicken-and-egg situation.

In the top-down case, the organization imposing people to add identifying information – passport, fingerprint, iris scans, whatever – has to get other organizations to recognize its way of verifying.

So say, super hypothetically, you government suddenly starts demanding we add our passport info, bank statements and fingerprints for an online ID, the rest of the internet would have to go along with your government in accepting their way of verifying identity.

In the bottom-up case, it’s the same, plus the added problem of getting people to sign up for something they don’t immediately need to sign up for. James Varga, founder of The ID Company: “In order for your personal online ID to have enough value, you need businesses to accept and use it, but you’re not going to get millions of people to do this, if no one is accepting it yet.”

If you think about it, it’s incredibly weird that we haven’t been able to crack this nut yet. When asked who had more than 50 online accounts, almost everyone in the audience raised their hands. That’s at least 50 online identities you have to manage, and at least 50 passwords to remember – if you want to be safe – nuts, right?

Everyone in the panel – either using the top-down approach in the case of Steve Larson of SureID, or the more bottom-up approach, like Varga – was convinced this was a problem they could solve.

Larson was betting on the fact people want to know if someone coaching your kids’ basketball team is a sex offender, and demanding a background check his company provides.

Varga is betting on working with banks to verify the identity of users of his platform miiCard.

But one thing that was not mentioned in the panel was the issue of trust. In a time in which we’ve seen some of the most massive leaks of personal information in history, why would we trust one company with our defining identity. What happens if they leak that info? Or if someone gets a hold of the info giving access to your 50+ accounts?

Most people wouldn’t even want to think about that. Add on top of that if there would be a universal sign in company or organization, they would know you’re on the notorious adultery site Ashley Madison and how often you log in there. Who can guarantee that will never leak?

Varga said that the problem was mostly behavioral, that it could be solved if people just acted differently. I respectfully disagree. Your identity, online or offline, should not be in the hands of one company or organization. We’re keeping our identity safe by partitioning, by not putting all our eggs in one basket – even if that means remembering 50 passwords.

The idea of a single online ID is noble, but flawed. Whatever way it’s implemented, some people will always want to be a dog online.

Read next: Netflix could hold the key to ending Facebook's echo chamber