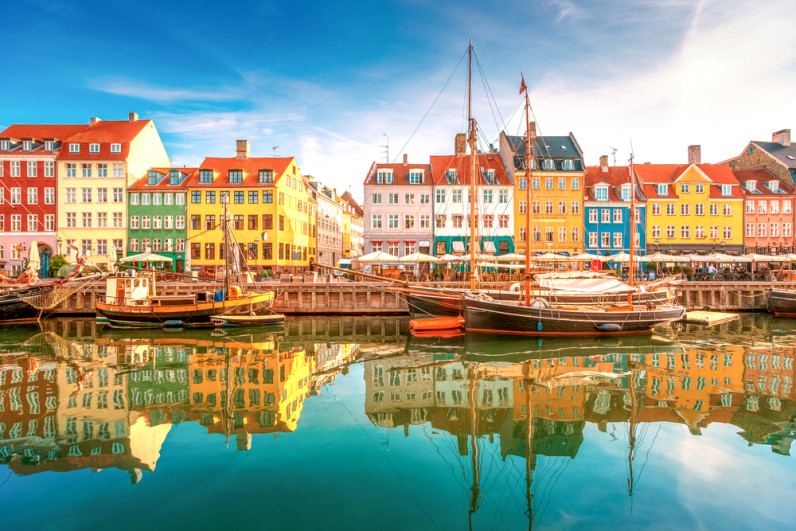 Leading up to last year’s presidential election, Bernie Sanders frequently spoke about how the United States were lagging behind in many fields, compared to the socialist’s wet dream Scandinavia. Sanders was especially fond of Denmark, and pointed out that the small Scandinavian country out-performed the US when it came to work benefits.

Considering the abysmal first month of the president that Americans ended up with, things are not likely to change for the better. However, although American employees will not receive improved benefits it doesn’t have to stop American companies from improving their work culture.

TNW reached out to Philip Hanson, a born and bred Minnesotan, who moved from the States to Copenhagen three years ago. Philip has long experience working in the tech industry in the US and now he’s currently the VP of marketing for Queue-it, a Danish company that specializes in managing virtual waiting rooms that enable companies to better handle website overload during extreme traffic peaks.

For Philip, there is a tangible difference in the work atmosphere of Denmark compared to the States, that goes beyond differences in work benefits. Philip says that his view is predicated on his past experiences working in American tech companies, which was in no way negative, but he can see that there is a lot of room for improvement. Philip believes that Denmark’s advanced work culture is probably one of the factors that explain the country’s top ranking in world happiness reports and caught the attention of people like Bernie Sanders.

The Scandinavian philosophy of ‘Jantelov’

Philip says that there is substantial trust between individuals in Danish workplaces and a true sense of equality. It is not an uncommon sight to see a CEO of a company cleaning coffee cups so that the custodian doesn’t have to. For Philip this is an indication of the high level of mutual respect between colleagues, regardless of level in an organization.

Philip attributes this to ‘Jantelov’, a commonly known term in the Scandinavian countries. The term was originally created by the Danish-Norwegian author Aksel Andemose in his 1933 novel En flyktning krysser sitt spor. Sandmose created ten rules in his novel that defined ‘Jantelov’, which can be summed up as an idea of equality where individuals shouldn’t think themselves as being any better than the rest of the community. The ‘Jantelov’ mentality is not about making yourself any lesser, instead it should encourage you to see other people’s value.

This might seem silly — and even a touch communist — for Americans who have been taught the value of the individual’s efforts in realizing the American dream, but Philip feels that there are benefits to be gained by adopting the ‘Jantelov’ perspective. “When you work in that way it informs a level of trust, which is one of the great things of working here in Denmark. People trust that you are doing your job well and you can trust that when you receive feedback that the person means it” says Philip.

Instead of having to earn trust, employees are trusted from the beginning by their superiors, which makes the atmosphere more relaxed and open. This is a crucial aspect of improving work environment, according to Philip, as it can prevent misunderstandings and minimize unnecessary office politics.

Philip enjoys the “you say what you mean, and you mean what you say” attitude in Danish workplaces — made possible by the “Jantelov” mentality — and feels that this could benefit American companies. “It helps clear the air and it limits the amount of politicking that happens — which is an area where employees lose a lot of energy and focus”, says Philip.

Almost everyone would probably agree that the less politics in the workplace the better. It can be especially cumbersome for small startups, where it is essential to make the best out of the resources that are at their disposal. To get the most out of the employees it is import of providing an environment where people feel free to express the selves. For Philip, ‘Jantelov’ is one of the ways to achieve that.

Surveys have suggested that people around the globe are having more difficulties balancing work and personal life. This is an increasing problem and many governments have acknowledged there is need for further action. As of this year, companies in France that have more than 50 employees have been ordered to implement “the right to disconnect” to reduce stress and help people balance work and personal life.

Meanwhile, most American workers are still expected to have email alerts turned on 24/7, which means that you are always technically at work. For Philip, this means that employees might be less focused. There isn’t any legislation in Denmark that dictates how connected people should be in their free time, but the general consensus is that you leave work at the office.

“People are really focused here and put in time really effectively while they’re at work, because when they go home, they can focus on their personal life: family, hobbies, etc.” says Philip. This doesn’t mean that people don’t put in overtime, but it is kept within reason. “The push and pull is more fluid here in Denmark,” explains Philip, “we have a lot of business with America so we often start our day later since we are staying into the evening”. Keeping overtime within reason, and find an equilibrium together with the employees, helps to keep them more motivated.

Looking through the Scandinavian lens

When asked whether he thinks that the Scandinavian work culture can be applied to American companies, Philip is in no doubt that it is possible. There is an urgency for growth in the tech industry and one of the main problems that businesses face is how to make that growth sustainable. Philip points out that many major tech companies in the US are at the forefront of progressive work cultures and implementing policies similar to Scandinavia, such as family leave.

Philip says that he can easily see how the work culture in Denmark could improve the companies he has worked for in the past and also how it could have improved his performance. “It is a lens to look through and it provides a lot of clarity,” says Philip and adds that it “can help you to see the big picture and see what is of value to you”.

All this being said, it doesn’t mean that American work ethic isn’t impressive, and Philip happily admits that Scandinavian companies are usually eager to hire Americans because of it. However, Scandinavians realize that the cons might outweigh the pros of American work culture, at least in the long run.

In Philip’s experience, employee retention is much less in America than in Denmark which can make it harder to sustain growth. Therefore, the American system might be better in the short-term, but the Scandinavian system is probably better for long-term growth. Looking through the ‘Jantelov’-tinged Scandinavian lens could help people improve their workplaces. Adapting ‘Jantelov’ means boosting morale by acknowledging others’ work effort, communicating clearly on a peer-level and take everyone’s needs into account.

Maybe Americans weren’t ready to take the plunge into socialism with Bernie, but would calling it ‘Jantelov’ make it easier to adopt?

Read next: WhatsApp returns to its roots with its Snapchat-style Status feature