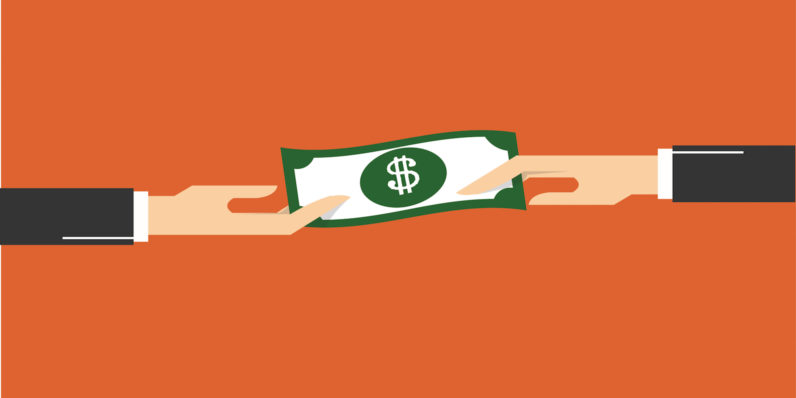 When he moved from Los Angeles to New York City, he made several million dollars.

Trading the southern California surf scene for a 35th-floor office in Manhattan’s Financial District, founder Brendan Gahan marked the beginning of a new phase for his homebrew marketing agency.

In 2015, his two-year-old marketing company Epic Signal began operating as a wholly owned subsidiary of Mekanism, the New York ad agency whose high-profile client list includes Starbucks and the White House. This was a reunion as much as it was an acquisition — as a former Mekanism employee of several years, Gahan and Mekanism CEO Jason Harris were getting the band back together.

Harris said Epic Signal was a must-acquire business because it had “a reputation and connections for doing ground breaking social video work. It had clients,” and perhaps most importantly, “it had Brendan.”

Even when Epic Signal was a shoestring operation, it was the first to mine for gold at the intersection of social video and influencer marketing. When Gahan started connecting A-list YouTube personalities with advertisers, he was the first person in the industry to build that marketing infrastructure.

Hallie Harris, Epic Signal’s managing director (and no relation to Jason), roundly identifies Brendan as “a genius.” She said, “He was championing the importance of social and influencer marketing before the industry gave it a name. His strategic instincts and experience are unmatchable.”

With kudos like these coming from his colleagues, it’s no wonder Brendan’s lately earning street cred as the “Don Draper of social video.” Before he could rise to Draper-caliber ad man, he emerged in the advertising scene as a Pete Campbell-type, an account executive facilitating the relationship between ad agency and client. By his own admission, he was “pretty terrible” at the job, only finding room to flourish when he joined New York-based Mekanism in 2007.

Jason Harris remembers Gahan as a whiz kid even in those early days. The hardest thing about working with Brendan was “keeping up with him in social media. He is always thinking about the newest thing [and] is always 18 months ahead of everyone else.”

Serving as Mekanism’s director of social media from 2007 to 2013, Brendan felt called to leave the company. “I was very comfortable. I had a great rapport with everyone and I genuinely loved it,” he said, “but kind of felt like ‘Well, how can I continue to challenge myself?’”

Harris wasn’t surprised to see him go. He said, “I knew it was great for [Brendan] to have his own experiences. I knew wherever he went that he would be massively successful.”

If busyness is any indicator of success, then things came together quickly for Gahan. “I thought I was just going to freelance and consult. Then I got more clients than I could handle, and I had to start hiring,” he said. Out of those hires, Epic Signal was born by glorious accident in 2013. With a staff of just five, the company handled work for major clientele, including Mountain Dew, Pepsi, and Bud Light. (YouTube even hired Brendan to consult on its own YouTube page.) But Epic Signal’s primary innovation was in getting YouTube stars, a new class of sleeper celebrity, to be paid creators and collaborators helping spread the word about a certain brand.

As business boomed, Gahan became intimately familiar with the pain points of being a head honcho. His time was quickly eaten up by boring paperwork and payroll responsibilities. He found himself generally distracted him from doing the work that he had sharpened himself for. “I loved doing the work, I loved interacting with clients, I loved working on strategy. Running a business was pulling me away from all that,” he said. So he made a conscious decision to sell.

Meeting his old boss for lunch one day, Gahan asked Jason Harris who he should sell Epic Signal to. Harris responded emphatically, “My advice is that you sell it to me!”

Enter lawyers and negotiations. Though it might sound tense, Gahan was grateful for the legal backup. “Sometimes negotiations would get into things I didn’t want to get into. I was dealing with friends and friends of friends, and when you’re talking money, it can get awkward quickly.” Cool heads prevailed and Epic Signal’s transition from independent company to daughter company ultimately played out without a hitch.

The acquisition brought Gahan together with Hallie Harris, Epic Signal’s employee number six. As managing director of his company, she scaled its operations from half a dozen people to a team in four offices. “I definitely have to give her a shout out as my work-wife,” Gahan laughed.

Today Gahan runs Epic Signal from within Mekanism’s figurative kangaroo pouch. He leads the larger agency’s social campaigns, but some 30-40% of Epic Signal’s workload remains independent from its parent company. Though he’s flying under the Mekanism banner for a second time, clients still seek out Brendan Gahan specifically.

Even post-acquisition, Epic Signal remains potent within its niche. Earlier this year, it launched “Green Label,” Mountain Dew’s multi-channel network that plays host to content designed for its fans and customers. Gahan was instrumental in getting the brand to take a publisher’s approach to video, participating in ad revenue share, and forming long-term partnerships with creators. “It’s generating hundreds of millions of views,” he says.

With his scrappier startup days behind him, Brendan Gahan seems to be enjoying a dream scenario at present. He’s in charge of his own company, he has all the resources and comforts of being supported by a larger one, and he doesn’t have to handle any more of the tedium that come with being the owner. And yet Gahan remains humble despite the unique success of having sold a company to a former employer.

“The idea of selling a company seems sexier than building one,” he said, “but maybe that’s a little egotistical.”