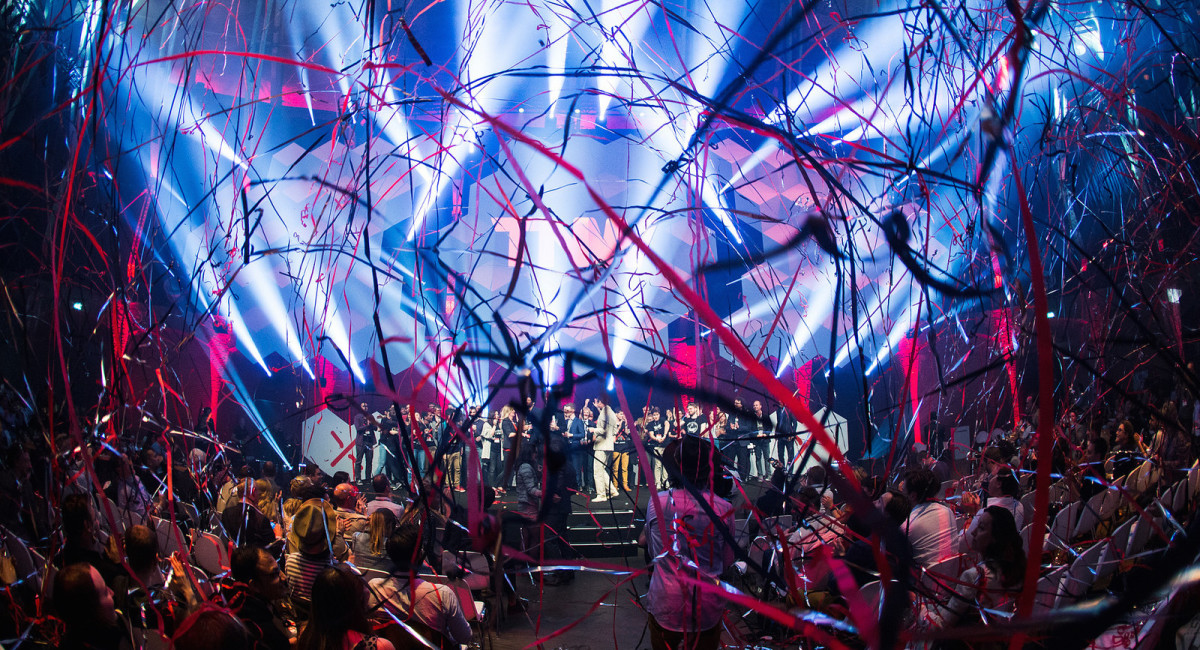 As we welcome another year in tech, with each one seeming to whizz past with ever-increasing speed, TNW challenged are co-founders and each department to share what they learned this past year, their hopes for the year to come and what resolutions they’ll be making, and sticking to, in 2016.

Ten years ago when we started this company life was chaotic, the future was uncertain and we didn’t really know what we had got ourselves into.

Since then The Next Web has grown immensely – in traffic, revenue and brand recognition, as a team and as a company – but you could easily argue that our lives are still chaotic, the future is still (or even more) uncertain and we still regularly wonder what the hell we got ourselves into!

The good news is that after almost 10 years of doing this, we are now surrounded by people who are smarter and often more experienced than the original founding team.

So today, on the last day of 2015, I took some time to reflect on the past, think about the future and write down the challenges I see for myself and for us as a company.

Around the time we started our company, another one here in The Netherlands had just started, too.

I knew the founders and was even asked by one of them if I wanted to become involved. They were launching a social network that would challenge services like Friendster and Orkut.

I laughed them out of the room and just couldn’t see how anyone would ever stand up to those incredibly successful early internet companies.

A few years later, this new social network had blossomed, become a household name and was reaching more than 80 percent of the population of The Netherlands, every month. At that point, it was inconceivable they would ever disappear.

Then Facebook took off, the company’s market share started eroding, they sold the company to a publisher and two years later they killed the service. And that was the end of it.

These are all uncontested facts about the world we live in today. And it’s hard to imagine any of them every changing.

Could Google lose its search monopoly? Will Apple lose its number one position? Can anything replace Facebook?

If history teaches us anything the answer is ‘yes’. A firm and confident ‘yes’ in fact.

When I think about the challenges I see for myself, my company and for the world, that’s my biggest concern but also my greatest reason for optimism. We all have a hard time imagining a different world from the one we see before us.

Our brains are optimized for dealing with the opportunities and threats we are presented with today, not the imaginary and uncertain changes we will have to deal with next week or next year. Even when it’s easy to predict the future, we have a hard time adjusting our plans and adjusting our course.

I’m still a relatively young man but I can already see that adjusting to change is getting harder for me. Luckily I’m surrounded by young people who keep dragging me into the future. That’s important for me personally, but also for us as a company.

I heard an entrepreneur say that as soon as you get into a company culture where people say ‘Oh, that’s just the way we do things’ without being able to explain why, you are doomed. Not only do I agree, I also think this is becoming more and more true as technology advances.

Ten years ago the future was uncertain. Since then the world has caught up and more and more individuals and companies now realize that not only is the future uncertain, but that with every new development the possibilities for change increase exponentially. And with that, change becomes inevitable and increasingly faster as well.

The challenge then is not only to adapt to change in the future, but to become an engine for growth adapted to ever increasing changes. Observe, adapt, grow, repeat.

As our company grows my own role is also changing. When you are with eight people in a young company: you have to do anything and everything. Designing the new website, writing the next article, cleaning the toilets, writing a proposal for a sponsor, paying bills and everything else that needs to be done to survive.

With more than 50 people, my focus is now more on growing our company and making sure everybody can do their job efficiently, without distraction and with a clear goal in mind. That means I talk a lot more, think more about company culture and do a lot less coding and writing articles. I also spend a lot less time cleaning toilets these days!

That brings new personal challenges. In 2016, I hope to meet more experienced entrepreneurs and hear from them about how they managed to grow their companies. I also want to read more about the strategy and vision of other leaders. Finally, as always, I hope to become more efficient in handling emails, my to-do list and in communicating with our company.

Read next: I fell in love with the iPhone 6s' Live Photos and you will too