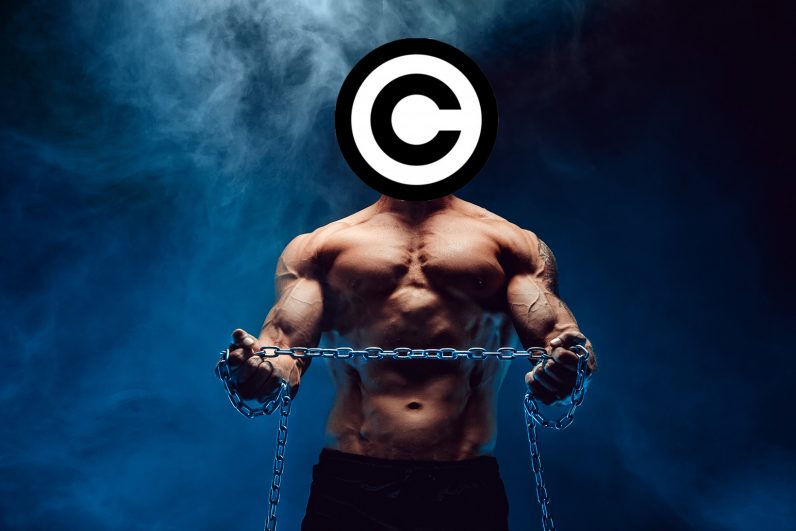 That said, under the surface, these platforms often require users to sign up to terms and conditions that dictate ownership rights over content and any revenue they generate to the platform and not the creator. That’s forgetting that content is easily stolen, remixed, and reshared, in many cases without the original creator’s permission.

With content being shared all over the web and all over the world, it’s easy to lose track of who should get the royalties for that piece of content and who is its original creator.

In some cases, like the webtoon industry – a popular form of South Korean graphic novel – many content creators use distributors to publish their content and pay them any earned royalties. However, as some of these distributors went out of business, creators were left high and dry, and without pay.

But what if the whole industry of creators could manage content rights and copyright themselves? With a blockchain-based system, it might be possible, and platforms like ContentsDeal are trying to do just that.

Copyright on the blockchain

ContentsDeal is using the blockchain to simplify traditional, complicated distribution structures and ensure the copyright holders – the content creators and artists – and the distributors are rewarded fairly for their work.

ContentsDeal splits its business up depending on the specific type of content that needs to be managed. The team dedicated to music is made up of, global music publishing and production company, Iconic Sounds group. There is also a team dedicated to webtoons called Comica, which will be responsible for ensuring webtoon artists have a platform to maintain the copyright on their creations.

The blockchain is also used to send and secure payments using its native cryptographic design, maintain user membership identities, and keep a trusted immutable history of all transactions that occur on the platform.

So what if you’re a content creator, tired of the old ways? Well, you can become part of and support ContentsDeal through its Initial Exchange Offering (IEO). It’s sort of like an initial coin offering (ICO) but there are some subtle yet important differences. Let’s take a look.

The content on the platform will be selected by the ContentsDeal foundation and distributed in limited quantities. Just like with other crypto exchanges, the content can be regarded as a tradable cryptocurrency.

Thanks to the distinctive benefits for the artists and content creators, ContentsDeal will distribute work that’s high-quality and only comes in limited editions, meaning that other streaming sites cannot distribute it. Some of the content will be platform-exclusive, such as special collaborations between global top artists and K-pop artists.

What is an IEO?

If you’ve been in the cryptocurrency game for anything more than a year you should know all about the issues that ailed the initial coin offering (ICO) industry. First off, many ICO’s offered little more than a speculative investment into a platform yet to exist. Secondly, many early investors would dump coins as soon after their listings went live on public exchanges. That’s not to mention the various exit scams that ICOs facilitated.

But the ContentsDeal seeks to shake-up the playing field by using the IEO to reduce the instances of scams and illicit behavior.

On the surface, an IEO is similar to an ICO. A cryptocurrency startup can still use it to create tokens to help finance a project, but rather than selling tokens directly to investors as is the case in an ICO, in an IEO, multiple exchanges will need to list the token to complete the funding.

Naturally, cryptocurrency token exchanges have due diligence processes in place before listing coins. So this helps create a layer of investor protection, as the token they will be buying is already openly tradeable on the public market.

What’s more, developers are required to “mint” the tokens and send them to the exchanges before they are sold on, this is done through a Proof-of-Work algorithm. So the legitimacy of the project is further scrutinized; a developer won’t mint a token for a project that isn’t worth the time.

Deal, ContentsDeal’s native token, has been listed on one of Korea’s most popular cryptocurrency exchanges, CoinZest. The startups IEO concept is already proving that there is demand in the market for a token offering of this type. It’s certainly a unique concept, but if ContentsDeal is able to garner the support of recognized industry players, it might help provide some of the first steps into using the blockchain to manage copyright for content all over the world.