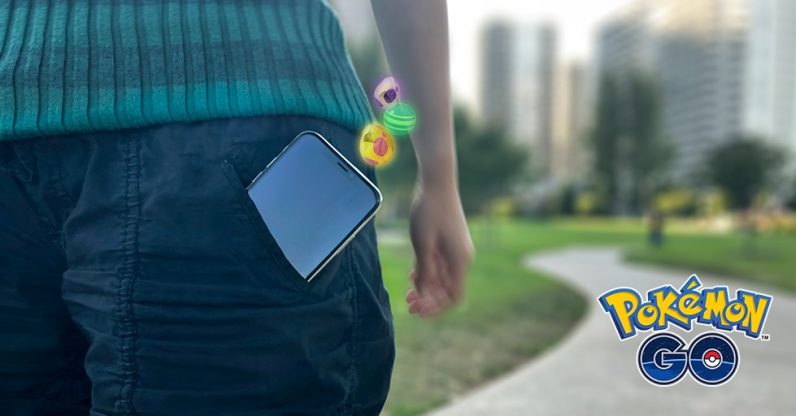 Specifically, Adventure Sync will record your walking distance in the background, even if you’re doing other things with your phone. Up to now, the only way for the app to track your steps, which was a crucial part of advancing gameplay, was with your phone awake and the app open (or use the Pokemon Go Plus tracker).

Now you can just put your phone in your pocket or purse like a normal person rather than holding it awkwardly in front of you like a dowsing rod. If nothing else, it’ll be harder to spot GO players in the wild.

According to Niantic CEO John Hanke, said the company heard numerous reports of Pokemon GO players being motivated to walk more and go outdoors, and this was the inspiration for Adventure Sync:

So far in 2018, Trainers have already walked an astonishing 53 percent more while playing Pokémon GO than they did in 2017. This type of response from the community reinforces our commitment to not only create innovative real-world games, but also to invest in features like Adventure Sync, which provides a gentle but effective motivation loop that encourages people to get outside and be active every day.

This feature sounds so simple it’s a little mind-boggling to think it’s taken Niantic two years to put it into the game. Adventure Sync also gives you a weekly activity report, showing you how much distance you covered and any rewards you may have earned.

Niantic specified the feature would be integrated with Apple Health (on iOS) and Google Fit (on Android). As the company will be using the same platform to make its Harry Potter AR game, it’s presumably a feature that game will have from the beginning.

According to the Pokemon GO team, the feature is coming soon.

New Adventure Sync keeps track of all your journeys! on Pokemon GO Live

Read next: Someone paid $432K for art generated by an open-source neural network