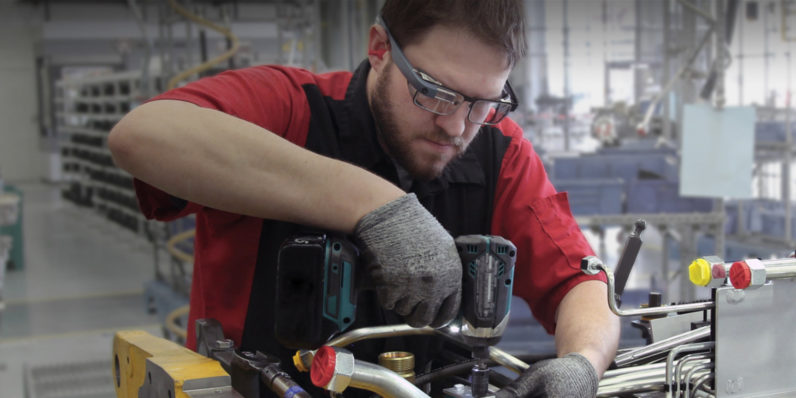 One of Google’s wackiest experiments was Glass, an augmented-reality headset that brought contextual information right in front of your eyes.

The idea was a bit ahead of its time and its utility was poorly demonstrated to consumers. As such, it didn’t take off. In 2015, the program was spun off into its own entity within Alphabet so the product could be developed further for enterprise customers. Now, after extensive testing, it’s ready for your company to buy too.

Two years in the (re)making, Glass Enterprise Edition is available through partner firms who will customize software based on your team’s needs.

The roster of partners currently includes Augmedix, whose version automates note-taking for physicians while they interact freely with their patients; Upskill focuses on relaying visual and audio instructions to mechanics at GE Aviation so they don’t have to look away from their tasks when they need guidance; Ubimax built a solution for shipping giant DHL that negated the need for employees to rely on paper instructions to figure out which parcels go where, and boosted efficiency by 15 percent.

The new Glass EE improves upon the original with a design that’s lighter, and fits both prescription glass and safety goggles. It also has a better processor, Wi-Fi antenna, battery (it now lasts for up to eight hours), and camera. And it’s now only as creepy as Snap Spectacles because a light turns on to let other people know that you’re recording them.

The shift towards addressing the needs of enterprise users made sense back in 2015 when Google decided to only focus on that path; it seems even more logical now that it has brought on board partners that can build out Glass-based solutions to meet the requirements of a wide range of use cases in factories, hospitals, warehouses and farms.

Check out the all-new Glass site to learn more.

A new chapter for Glass on X Blog