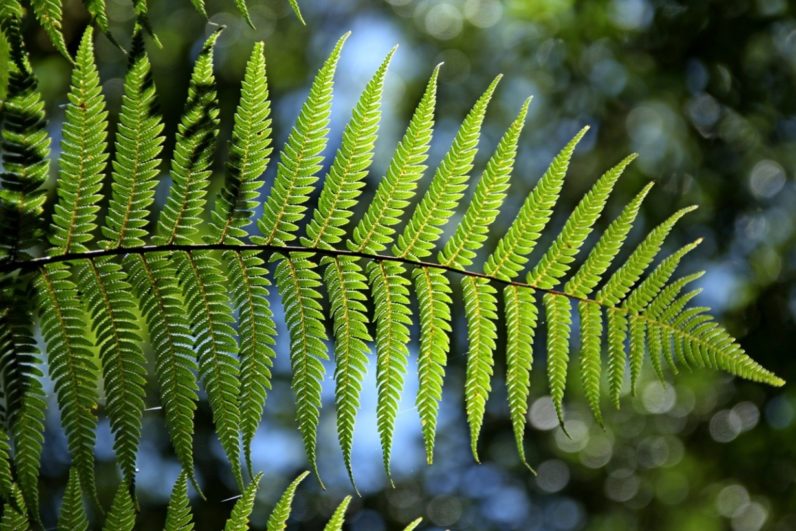 We’re living in a marvellous technological age. With the touch of button, we can summon cars, transfer money and do pretty much anything on our magical smartphones. But we still need to charge them, which sucks.

However, Australian scientists at RMIT University have created a new electrode that might be the first step to self-powering smartphones, laptops, and cars — all thanks to ferns.

Sunlight possess enough energy to power all of our daily gadgets, but the problem is how to make them work when the sun isn’t shining. That’s where storage steps in.

Supercaps are frequently combined with solar technologies to store and discharge harnessed energy. Supercaps are better than conventional batteries in most aspects but their limited capacity has made it hard to use them for larger scale storage solution.

So, improving storage capabilities of supercaps can make it easier to power stuff with solar energy. That’s why it’s huge news that the new electrode can increase the capacity of supercaps by stunning 3,000 percent!

The solution to increasing storage capabilities was found in the leaves of the western swordfern. PhD researcher Litty V. Thekkekar and professor Min Gu, authors of the research article, imitated patterns found in the plant to develop their electrode.

According to Gu, the leaves are an extremely efficient energy storage, with dense networks of veins. The efficiency is reached through repeated patterns named ‘fractals’.

Our electrode is based on these fractal shapes — which are self-replicating, like the mini structures within snowflakes — and we’ve used this naturally-efficient design to improve solar energy storage at a nano level.

The new technology is still on research level so we won’t see it mass-produced anytime soon, However, the experiments with supercaps are extremely promising, even for countries with shitty weather.

Capacity-boosted supercapacitors would offer both long-term reliability and quick-burst energy release — for when someone wants to use solar energy on a cloudy day for example — making them ideal alternatives for solar power storage.

One of the greatest applications of the electrode would be merging it with solar cells, creating all-in-one cells that would not only harness sunlight but also be able to store great amounts of energy.

According to Thekkekara, lead author of the research article, this is already possible with existing solar cells, but not particularly interesting.

Most solar cells are bulky and stiff which would limit possible uses, for Thekkekara the real possibilities lie in the future of flexible thin film technology.

Flexible thin film solar could be used almost anywhere you can imagine, from building windows to car panels, smartphones to smart watches. We would no longer need batteries to charge our phones or charging stations for our hybrid cars.

The downside is that the technology is still pretty much in its infancy. However, it should be relatively easy to integrate the electrode into future breakthroughs as the prototype was based on flexible thin film technology.

With this flexible electrode prototype we’ve solved the storage part of the challenge, as well as shown how they can work with solar cells without affecting performance. Now the focus needs to be on flexible solar energy, so we can work towards achieving our vision of fully solar-reliant, self-powering electronics.

The possibilities of what we could do with on-chip energy harvesting and storage in thin film cells is virtually endless.

Imagine, never again needing to tether yourself to a phone charger or the trials and tribulations of bad charging habits. Then we would truly reach the pinnacle of human innovation. And yeah, it could also save the environment and stuff.

Read next: Netflix now lets you download videos onto your PC