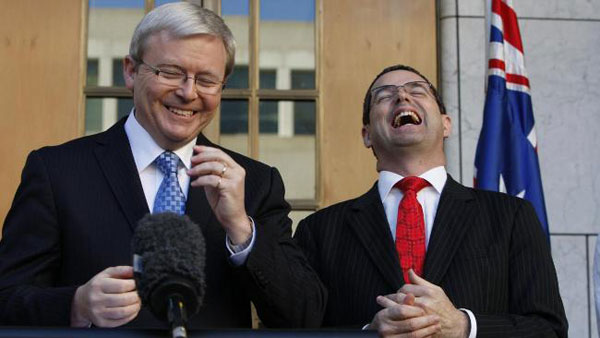 For the life of Australia’s National Broadband Network project, the official line has been that it’s not technically possible for NBN Co to filter the Internet, as a wholesaler of “layer two” Internet services.

The insistence that the Australian government’s broadband corporation isn’t capable of performing filtering is meant to help us swallow the bitter pill that is Labor’s Internet filtering project. The government’s filter is meant to make child pornography inaccessible, making pedophiles harder to track and catch, and (as proven in trials) blocking hundreds or thousands of websites belonging to innocent people and businesses.

The government line that NBN Co can’t filter the Internet itself has inferred that, with retailers like Telstra and Optus having to implement mandatory filtering on their own there would be some level of oversight to the government’s filtering mandates, should the filter come into effect.

Such oversight is no doubt much to the displeasure of Senator Stephen Conroy, the man behind the filtering project, Labor’s Minister for Broadband, Communications and the Digital Economy, and general laughing stock of Australia’s tech-savvy population.

Riley tells Taylor that ContentKeeper filters out sites on Interpol’s blacklist for users of Canberra ISP CyberOne while the data is still in layer two, before it comes out onto layer three where data is normally filtered.

This could come as a surprise to NBN Co, who are possibly now jumping for joy with the news that they’ll be able to leave one grubby mitt in Senator Conroy’s pants while another gets to the work of censoring the Internet.

But, like a good cynic, I think it’s likely the inference that NBN Co wouldn’t be able to touch our traffic was a political move, one to throw us off the scent of Labor’s real plans that could have certainly put a damper on enthusiasm for a national broadband infrastructure of back-breaking speeds.

Those a little more apathetic towards the Great Firewall of Australia who have clung to the mantra that such filtering, should it creep beyond the bounds of child pornography, would be easy to get around will soon be removing the pie from their faces. As Riley told ZDNet, the workaround that allows users to avoid filtering by changing their DNS is ineffective when filtering occurs on layer two.

For all the talk of gold standard checks and balances that prevent governments from using filters to their own advantage and agenda, history shows that a government who controls information can never resist temptation.

With this sort of power in NBN Co’s hands we’ll be one flip of the coin away from an Internet where you can’t read about topics like gay marriage on the Internet because the government’s stated position is in opposition to them.