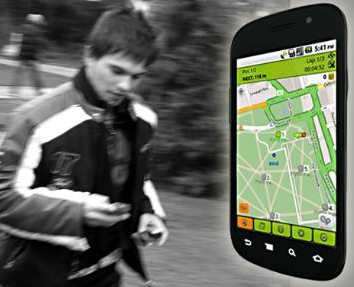 DesignCrowd is a design crowdsourcing service — a site where buyers can list a job for a logo, web design or other visual end product and receive a number of options from designers around the world. When the buyer decides which of the entrants has provided the best solution, that designer gets paid out and the design becomes the property of the buyer.

DesignCrowd and services like it are an excellent way for people and businesses on a shoestring budget to get their design needs met. Bootstrapped startups, for instance, love sites like DesignCrowd. In fact, funded startups do too: when 99designs received $35 million in funding last month, they revealed that most investors had heard about them when other startups in the capitalists’ portfolios used the service to obtain an inexpensive logo.

The Founding of Design Crowd

DesignCrowd was founded by Alec Lynch and Adam Arbolino, a team comprised of business mastermind and programming wizard. The two met at university, where “we would talk about 3 things – programming, girls and business,” according to Lynch.

“After just a few chats, it became pretty evident that we shared a common interest in innovation and start-ups,” said Adam. “When we graduated, we started our first business — a CRM SaaS platform called ‘Adalec’. We weren’t too creative back then.”

“While the business ultimately failed, some of the lessons we learnt are still being applied today in the running of DesignCrowd.”

After Adalec failed, Alec went to work in consulting at Booz & Co. while Adam headed off to IBM. “You could say those were our apprenticeships,” said Lynch.

In 2007, Lynch approached Arbolino with the idea for DesignCrowd and they set about building the prototype. This time, the business model worked. “DesignCrowd is now turning over a few million dollars a year. But nothing has changed — we still talk about programming, girls and business.”

The initial idea for DesignCrowd was to start a free, community-driven service that would help businesses tap into ideas from around the world. But after seeing the monumental gap between his friends struggling to get jobs after studying design for years while the London Olympics threw GBP250,000 away on their logo, he saw a demand for a service that would close the gap for both parties.

“I believe that a good idea can come from anywhere and I find that inspiring,” says Lynch. “There was a strong need on both the supply and demand side for a risk free service that provided people with opportunity regardless of their background.”

The concept worked, and has produced glowing success stories. In April, designer Arun Bhattachary of Kolkata earned $10,000 in 30 days — well above the average income for designers in the West, let alone in India. More businesses are turning to the site than ever before, which offers opportunities for everything from logo design to web design.

The launch wasn’t all roses, though. The year of DesignCrowd’s launch was also the year of the Great Financial Crisis. “Customers were circumspect and, in Australia, investors went to ground. After about 6 months I ran out of capital and started taking loans to fund the business,” said Lynch.

“I basically doubled down — at one point I had $60,000 in loans — and it worked. In the end, the GFC worked in our favor as DesignCrowd is 50% cheaper than a traditional agency and people were looking to save money.”

A year later, Lynch and Arbolino raised money from angel investors and have grown the business by a factor of ten, though Lynch isn’t ready to throw away the lessons of that first year: “I’ll never forget doing customer service from my dining room table,” he says.

“The challenge now is picking what idea to do next. With limited capital and resources and a million ideas, we need to prioritise perfectly.”

Arbolino mirrors the sentiment. “With a small team we have a thousand great ideas, but the capacity to roll out only 10 at a time. We had to get smarter in the way we worked. The advantage of this is that, compared with our competitors, we’ve become skilled at doing more with less.”

Another challenge crowdsourcing services face is the No-Spec crowd, a vocal minority of designers who believe that, unlike creatives in other fields, even beginners should never work for free or on speculation, not even to get their careers or portfolios started.

Interestingly, Arbolino and Lynch have approached them with much less hostility than others in the market.

“I think the No-Spec movement is an important part of our space as they continually help us in rethinking the way we do things to make a fairer system. We are pretty active in listening to what gets posted on blogs regarding No-Spec and trying to tie in some of these ideas within DesignCrowd. Our participation payments and paid invite system for designers were essentially spawned out of some of the No-Spec thinking. Instead of paying just the first place winner, we go out and try and pay as many designers as we can,” says Arbolino.

“I find the No-Spec crowd don’t criticise DesignCrowd as much because we’ve fixed some of the problems with crowdsourcing, such as pitching for free,” said Lynch. “We’ve paid out over $200,000 in participation payments. There’s no reason crowdsourcing has to be winner takes all.”

Of course, the No-Spec crowd’s crusade is based on the idea that speculative work devalues the market, in contradiction with the proven models of market segmentation and supply-and-demand which tell us that there are always going to be consumers in each section of the market, willing to pay a certain price for a certain result, either unwilling or unable to move into a more expensive segment of the market.

“We’ve opened up our platform to let anyone from an agency to do white label crowdsourcing and run projects with their clients as their own. We have about one thousand agencies, web developers and printing companies using the platform. It lets them provide all the benefits of crowdsourcing to their clients as well as other services,” says Lynch.

Lynch believes that Western designers are going to have to compete with cheaper, offshore outsourcing options more and more, and that designers have to take a more business-minded approach to responding to crowdsourcing and offshoring. Faced with their situations, Lynch says he’d pursue one of three strategies.

His first strategy would be to “help improve crowdsourcing or build something better. If crowdsourcing is no good, why not build a better model or suggest improvements to the existing players?”

Secondly, he suggests some designers may find it worthwhile to capitalize on the opportunity. “If you can’t beat us, join us. We don’t see traditional designers or agencies as competitors.” Lynch suggests the use of DesignCrowd’s white label platform.

His third strategy is one that members of the No-Spec corner would find most palatable. “Differentiate,” says Lynch. “Consider what you offer that crowdsourcing doesn’t and promote that. Look to add new services to your offering that make you a viable alternative.”

And he’s right. Crowdsourcing is an inevitable response of the market to new technology that fills a need in a time where design skills are more in demand than ever, and the traditional market segments aren’t going anywhere. Designers have either got to participate or differentiate their services beyond what a client can reasonably expect from a crowdsourcing platform.

For new entrepreneurs, Lynch suggests a rapid iterative approach. “Innovate, don’t deliberate. If you have a good idea, start straight away and don’t give up. Speed is critical. Launching a business is like skateboarding in a half pipe. If you try and go in slowly it won’t work. You’ve got to go at it quickly and early.”

“If you’re too tentative at the start, buy yourself a Nike poster for inspiration and ‘just do it’.”

Arbolino suggests that the best market test for a new idea is to throw something together and put it online as quickly as possible. “Test ideas with friends, family, pets, whoever! Don’t be scared to try. If you procrastinate and let opportunities slip you by, all you are going to be left with is regret and a story about ‘the one that got away’.”

Adam’s number one tip is to focus on your skillset. “If you’re a developer, do that and let someone else handle marketing. The time spent reading ‘Marketing for Dummies’ could be better spent innovating with some code.”

Lynch and Arbolino are making plans that they say will double the business in the next three months. “The crowdsourcing space is bubbling away nicely. There are loads of other opportunities to apply it in different ways and in different industries.”

The Venture Capitalists are Circling

Perhaps most interesting is the answer I got when I asked if DesignCrowd had plans to raise any capital, as 99designs has recently done.

“We’re keeping our options open. A lot of US and Australian VCs are contacting us – five or six have contacted us out of the blue in the last fortnight alone.”

It’s not often that a startup, particularly an Australian startup, doesn’t have to beat down investors’ doors to raise capital. It’s another sure sign that the Australian web industry is blooming as venture capitalists start bringing their money to the country in the wake of April’s 99designs funding.

As Victor Hugo once said, “Nothing is as powerful as an idea whose time has come.” With the continued growth of crowdsourcing as a business model, it seems