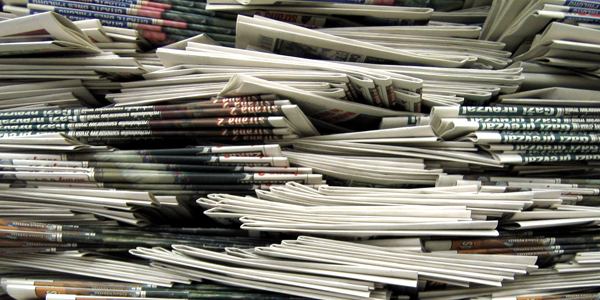 In 1999, years before major traditional publishing outfits cared about making money online or knew their bottom lines would soon depend on it, a small Melbourne startup called SitePoint figured out how to make money as the premiere destination for those looking to learn about building websites.

I remember my visits to SitePoint as a teenager fondly. I had a head full of ideas on grand businesses that would make me rich, and all I needed to do was pick up the skills to build them — or so I thought. I got my hands on the classic ‘Build Your Own Database Driven Web Site Using PHP & MySQL‘ by Kevin Yank and read SitePoint’s articles (this was before blogs existed) as often as I could.

In the end, things didn’t quite go as planned. My first job after high school and a bit of uni was (fortunately, before corporate life could claim me) my own business, which involved pushing out word count at breakneck speed, not creating web apps. Even still, I imagine those hours spent learning what SitePoint had to offer had a part to play in my early success, or I wouldn’t have know where to begin building my completely web-based service business.

SitePoint was co-founded by Mark Harbottle and Matt Mickiewicz. Before SitePoint, Mark was a founding member and programmer with the company that developed HotDog, which you may remember as one of the few HTML editors available in 90s. Matt, on the other side of the world in Canada, had started a site that would soon become very popular — Webmaster-Resources.com, which these days redirects to SitePoint (and would probably sell for a small fortunate on the domain market).

By 2000, the two were working on SitePoint full-time and making advertising deals to keep the site in the black. In 2001, they turned their most popular tutorial into a book, which they sold themselves through a print-on-demand service.

The experiment was worthwhile, because the book was a success, enough to warrant a switch from the print-on-demand model to ordering large print runs. The company’s library today features books and kits on everything from running an SEO business to hosting your site using Amazon Web Services.

They’re also the company behind three popular marketplaces — 99designs, a design crowdsourcing site, Flippa, where users buy and sell websites, and Learnable, which is a platform for user-generated education.

SitePoint was one of the earlier companies in the world to bring in enough revenue from online content to support a growing staff — and on top of that, was listed several times in the BRW Fast 100, Deloitte Technology Fast 50, and the Deloitte Asia Pacific Fast 500. I spoke with co-founder Matt Mickiewicz to find out how they figured it out so early while News Corp continues to flounder years later.

“When we first launched our Forums in 1999, I made going in there, reading discussions, and helping out people personally one of my core daily activities. I used to answer hundreds of emails every week providing feedback to people about their websites, helping them troubleshoot problems, and in general be as helpful as humanly possible,” said Mickiewicz.

When the infamous ‘social media experts’ talk about building community as an essential part of doing business online, they’re not wrong — even if they don’t seem to know how to do that themselves. Putting some elbow grease into daily and helpful interactions with visitors put SitePoint in the right place for the company’s expansion into new markets. According to Mickiewicz, even SitePoint’s weekly newsletter would result in hundreds of email responses — something I’d be surprised to see today.

“SitePoint really was a community in every sense of the word, and when we published our first books and asked people to buy from us, we had build up a huge amount of trust and goodwill so that people happily opened up their wallets to us.”

In the last few years, the annual online ad spend has declined, but SitePoint still walks away with both a good profit and happy customers. To SitePoint, selling ad space isn’t just about slapping banners up when their clients’ ad-men send it over. They work hard to deliver extra value, and that means SitePoint doesn’t have to bring ad rates down to the point of commoditization while its competitors slash their inventory prices in desperation.

“Ad agencies & clients are as demanding as ever, so it’s our job to provide them with the absolute best customer service and justify our value and offer out of the box ideas to clients,” said Mickiewicz.

Mickiewicz and SitePoint started in an era when online advertising was a Wild West and have watched as Internet advertising standards were established by the IAB and the technology that made it possible to target their ad serving based on user demographics — things that have made the job of delivering a great experience for advertisers easier.

Even still, Matt doesn’t recommend that new media businesses rely completely on advertising revenue. “Products sales play a very important role in our business to this day in monetizing our traffic,” he says, though he’s not eager to tell me how much of their revenue is made up by products versus advertising.

“No one wants to buy advertising from you when you’re small, and when you get to a certain size you end up backfilling with ad networks which devalues your ad inventory.”

SitePoint’s continued success has been born of diversification. With a business that gets its revenue from marketplaces, subscriptions, advertising and a plethora of popular products, the company is largely resistant to recessions and market disasters — if one revenue source gets knocked out, they know they’ve got plenty of backups.

Read next: The Top 30 Best Photo Editing Apps for iPhone