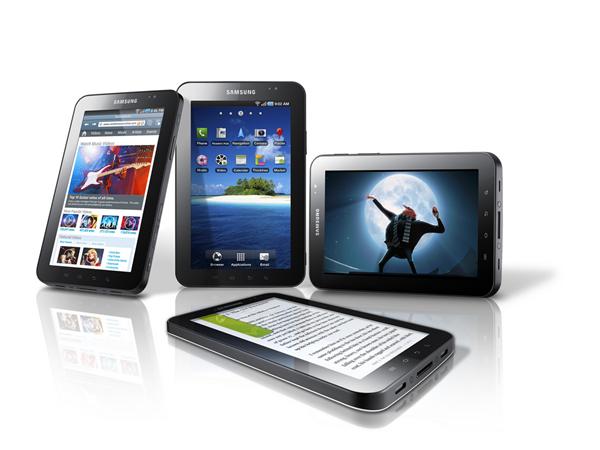 Australian telecommunications company Optus has just revealed a great deal for Australians wanting to get the Samsung Galaxy Tab. Partnering with News Limited for a world first, the 24-month Galaxy Tab plans will include free subscriptions to national broadsheet The Australian for the length of the contract, as opposed to a two-month free trial that comes with outright purchases of the tablet.

Including The Australian app, which would otherwise cost $8.99 per month is a clever way to put digital news content into readers’ hands. If the app comes installed on the device, readers are unlikely to go to the effort of finding another news app and subscribing, at least for the first two years while The Australian is free.

The tablet, which is available for $999 outright from Samsung will be included for free with 24-month contracts starting at $59.95 per month. The 24-month contract options offer an affordable option for those wanting to own the Galaxy Tab specifically, but Optus also announced it will release its own tablet, called My Tab. At $279 outright, the My Tab will be cheaper than competitor Telstra’s recently released T-Touch, which costs $299. The Optus My Tab will also offer the option of post-paid plans unlike Telstra’s pre-paid only plans for the T-Touch.

According to Smart Company, Optus is introducing the My Tab device to offer the “Android experience at an affordable price”. For those who want high data limits, the Optus post-paid plans will be the popular option, offering up to 32GB (off-peak) on a $79.95 plan over two years.

“I think tablets are creating a sea change in the way people engage with and consume content.”

Stuart Kennedy’s review in The Australian lists a variety of features the Galaxy Tab holds over the iPad, including the in-built phone, ability to run Adobe Flash Player, SD card slot, and two cameras. The 7” screen and 385g weight make it smaller and lighter than the iPad, which weighs in at 730g and sports a 9.7” screen. Comfortable one-handed use due to the small size could be a plus, but the iPad’s larger screen will likely be a favourite for those wanting to consume videos and e-books on their device.

Telstra’s strong-hold of exclusive content for sports such as Australian rules football, rugby league, motor racing and horse racing will be an important factor in luring customers to try the T-Touch. Optus customers who choose the Galaxy Tab will be provided with a turn-by-turn navigation app, Navigon, which retails for $79 as well as The Australian newspaper application pre-loaded onto the device. Social networking sites such as Facebook, and webmail access will be unlimited, adding further benefits to the deal.

Thought there are many benefits included in the Optus Galaxy Tab package, the lower price of the T-Touch or My Tab options may be winners for customers trying tablet computers for the first time. Which one takes your fancy?