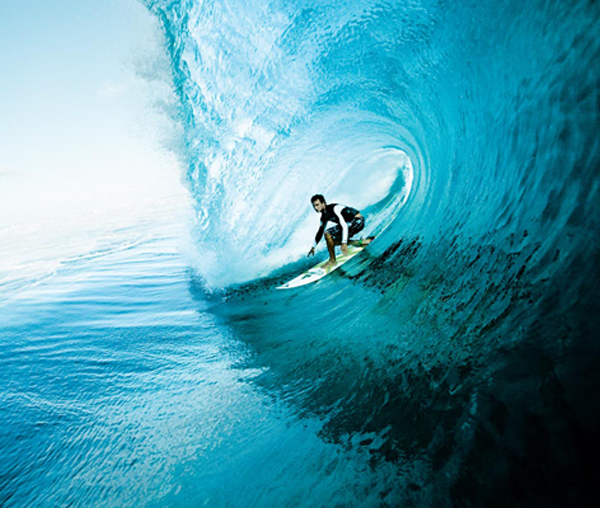 Our recent Melbourne Silicon Beach Series started with the line “Australia; it’s not just about sandy beaches…”. While that’s true there’s no denying that beach life plays a large role in our cultural identity.

This edition sees us talk to Rand Leeb du Toit a veteran of the local startup industry.

How long have you been surfing for?

I started surfing in the early 70’s, shaping my first board by the age of 10 and still get in the water any opportunity I can.

Surfing, like many sports, represents an element of freedom for the surfer. Freedom from other modern worldly constraints and a wonderful opportunity to both immerse oneself in the elements at their most pure, tapping their raw energy while also living in the moment.

At a physical level it’s all about the glide – and this is what ties the various forms of surfing I do – from riding shortboards, through my high performance longboard and onto my stand up paddleboards.

Where’s your local break and what are you riding on most days there?

Unlike in my youth I tend to not have a local spot, but I ride wherever and whenever I can. My favorite NSW break though has to be Crescent Head, which is a world class reef break that is perfect for both longboarding and stand up paddlesurfing.

Surf and tech – not the most common combination. Does your surfing bring something to you as a technology entrepreneur or is it a way to get away from the troubles of the tech world?

Yes, it can be an escape, but I am so immersed in the entrepreneurial environment that I rarely find the need to escape. That said, it is good to go off grid for a few hours. I love the surf + tech question – having experimented with surf designs and materials for many years I really enjoy the immediacy of response achieved through even such simple tweaks as moving your board’s fins forward or back.

One area that I am really excited about in the surf arena right now is the scale at which stand up paddlesurfing is taking off – it’s the fastest growing water sport on the planet and there is a lot of tech experimentation around shapes and materials for both surfing and racing as well as with boards, paddles and clothing, not to mention tapping into social media to grow awareness and participation for the sport.

I am really interested in exploring the creation of a world class Australian SUP/sport brand – it’s an exciting time.

From time to time there have been distinct area that have produced a glut of surfing champions.

Last year’s Men’s World Champion Mick Fanning, Runner-Up Joel Parkinson and 3rd place getter Bede Durbridge all grew up or live within a stretch of beaches that span only a few kilometres on the Gold Coast of Queensland, Australia.

Do you think it’s possible for Australia to produce similar results in the tech startup world and, if so, where will that world leading Aussie startup hub be based? Or do you think that Australia simply doesn’t have the core components (in surfing terms, the beaches, conditions, cultural history, competition and co-operation etc.) to be a global tech startup hub?

I totally agree with the clustering effect. For example, back in 1978, when I was a grom surfer we had the World Surfing Championships at Nahoon Reef, my local break. This inspired a generation of top class surfers, many of whom went on to become world champions and represent South Africa (Wendy Botha, David Malherbe, Andrew Carter). We had a really strong lifesaving community there as well and I became a South African Lifesaving champion across a number of disciplines. These successes inspired further generations and the area has produced a raft of top surfers over the years.

Having spent a lot of time in Silicon Valley I deeply understand the elements required to make it such a sustained tech success. Some parts of Australia have some of these elements in varying degrees, but much like I prefer not to compare surf breaks (they are all so different) I don’t think it’s totally constructive to aspire to completely replicate the Silicon Valley formula – rather, I believe we should draw inspiration from it and focus on our unique combination of resources, culture and talent to create our own global successes.

I would really like to see Australia create some world leading brands and companies in the tech, and other arenas. Brands that represent Australia and move us away from how we are currently portrayed worldwide. I note in last week’s press Australia was referred to as the dumb blonde, yet in so many respects Australia represents freedom, open space, resilience and a can do, get stuff done attitude. Getting such brand success stories out there will in turn inspire generations of Aussies to go forth and represent us on the world stage. What we’ve done with out athletes is a great inspiration for business and tech entrepreneurs – personally I think there is a great opportunity to build up some of these success stories in the sports-tech arena.

A big thanks to Rand for answering all our questions. Also, if you, or someone you know, is a surfer working in the tech startup industry that wants to be a part of this series, drop me a line (@kimheras)

Finally, on a much sadder note, our condolences go out to the family of former Surfing World Champion Andy Irons, who passed away today aged 32. Rest in Peace.

Read next: Try This: Minus. Wonderfully minimalist drag and drop photo sharing