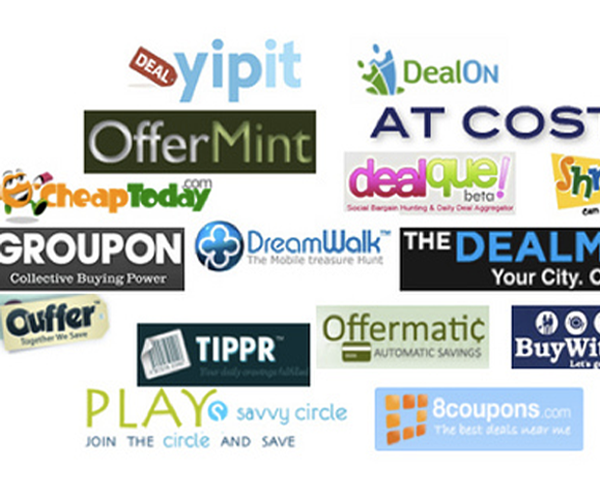 Changes are already starting to take place in the Group buying industry and it’s fascinating to watch them develop.

After the success of Groupon came a flood of clones around the world. With the flood of clones have come new startups that are attempting to cash in on the next wave of opportunity in the market.

At the moment, these can be broken down into 3 main categories: Aggregation, licensed white-labelling and self-service.

As expected, with a flood of new entrants and new deals have come aggregation services to make sense of all the deal information that is floating around.

One example of this is DealPinch, which we covered recently as part of Startup Camp Sydney 4. Deal Pinch aggregates Australian group buying sites then delivers deals, filtered by your preference, in one email per day. The alternative of course it to sign up to every group buying site, receive a daily email from them, then hope that day’s deal is relevant – not so appealing, right?

The most interesting thing about aggregation services, for me at least, is how low the barrier to entry is and how profitable they may end up being in a world of hyper-competitive group buying sites who may not mind cutting into  margins to pay affiliate fees in order to maintain market share.

Licensed white-labelling services, like Dealised, do all the technical and backend work for wanna-be group buying entrepreneurs and leave them to focus on finding the deals to sell.

Dealised has close ties to Aussie Group Buying site Spreets. It makes sense too, as once you’ve built a scalable, robust back-end there’s no reason why you shouldn’t try to license it out. That way you give up points on every deal but the number of deals going through your system should be significantly larger, and all without the added cost of business development.

Interestingly, Dealised says  “We offer Dealised to one licensee per vertical, per geography.” So there’s some intent not to cannibalise their customers’ markets.

The licensed white-labelling market seems to work under the assumption that most vendors on group buying sights only have the occasional need to offer deals, so as long as there are a few, targeted group-buying sites that service each geography/industry everyone will be happy.

The self-service approach is a variation on the licensed white-labelling model and works under a different assumption – that demand from vendors is so high that many businesses will want their own deal site.

As such, rather than exclusively licencing their technology out, self-service providers have a “come one, come all” philosophy allowing anyone to set up a mini group-buying site of their own.

The numbers coming out of Groupon seems to support this model.

CEO Andrew Mason said in an interview, a few months ago, that for every deal they do they have to turn away 7 and that 97% of businesses featured want to be featured again.

As such, it’s no surprise that Groupon has favoured this approach for their next phase of growth.

So there you have it, already new branches are sprouting on the group-buying tree, proof, once again, that the concept has revolutionised commerce as we know it.

That having been said, there’s still a long way to go until the whole market shakes out.

Will one site (like Groupon) turn into the platform for this new e-commerce paradigm and become the next giant web company (not to say that’s it’s not huge ATM) or will the market end up being a maze of smaller sites tied together by value added service providers?

Who knows? Either way it’s clear that a world of opportunity exists for entrepreneurs who can figure out where the real value lies in these new transaction and create new tools and services to provide it.