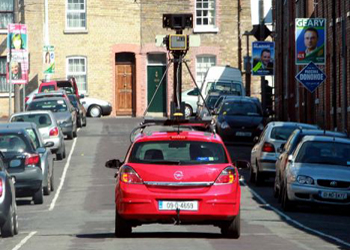 “On the information available I am satisfied that any collection of personal information would have breached the Australian Privacy Act.”

However, under  the current Privacy Act, the Privacy Commissioner is unable to impose a sanction on an organisation where she has initiated the investigation.

Instead, the commissioner will accept an apology posted on the official Australian Google blog.

That doesn’t mean Google gets off scot free. The Australian Federal Police are still investigating the alleged privacy breaches and while Australian Privacy laws differ from those in many other international jurisidctions, there is now a precedent of an official government investigation confirming Google was in the wrong that the judiciary in those other jurisidictions can look to.

In making the findings from investigation public, Curtis said:

“Collecting personal information in these circumstances is a very serious matter. Australians should reasonably expect that private communications remain private.

“In response to our investigation, Google has provided me with written undertakings that it will:

“We want to reiterate to Australians that this was a mistake for which we are sincerely sorry. Maintaining people’s trust is crucial to everything we do and we have to earn that trust every single day. We are acutely aware that we failed badly here.”

Read next: Google Maps now comes at you at a 45 degree angle